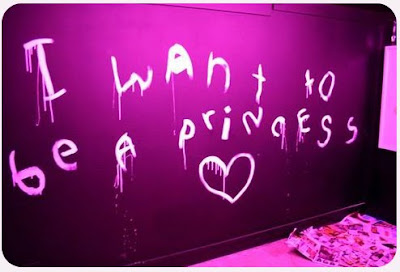 Thank you everyone who entered last week’s Giveaway! I had fun reading everyone’s Dating Dealbreakers. On Thursday I chose a winner using the number generator on Random.org I’m sorry, I forgot to take a screen shot of the results. This is what happens when you have too many tabs open. (next time, I promise) THE WINNER IS…

Helene from Man-shopping in Paris!

If you haven’t read her blog, Man-shopping in Paris is a hilarious & witty look at what happens when an American Woman decides to try and date Frenchmen. The results are rarely successful but always entertaining. Helene, I will ship your goodies out to you this week!

This contest was a draw but, if winning the contest was based solely on the utter insanity of the actual Dating Deal-Breaker I would have to give the prize to Julia (@bloomwinkel). Here is her biggest turn-off:

“My biggest turn off in my dating life was when my boyfriend joined a kind of Jews-for-Jesus cult. but it was more like Christians-for-Jews (or something) that made him sign a contract that he would NOT have a girlfriend for the first year he was ‘in training’. i discovered this contract when i went to visit for the weekend and he kept referring to me as his ‘friend’ “

Because this comment made me burst into hysterics & snot in my beer (and because Julia actually dated this guy), I feel that Julia deserves some kind of honorable mention. Julia, I have a third bottle of Vera Wang perfume left and I am giving it to you! Please let me know where I can send it (or drop it off?)

What I found really interesting about reading everyone’s comments was that an overwhelming number of people listed “Cocky Guys” as a turn-off. And by the sounds of it, many of you feel really strongly about this. I guess its safe to say that my readers will not be dating THIS GUY any time soon: 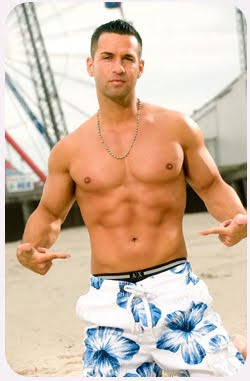 Sorry Mike “The Situation”, the readers have spoken.

Oddly enough, “Cocky” isn’t even ON my list of turn-offs. Why?

I love really confident men. Confidence and Self Assurance is a huge turn-on. However, I understand how sometimes there is such a thing as “too much” which equals “cockiness”. To be honest this doesn’t bother me that much. I have a soft spot for cocky guys. I find them very…..entertaining. This could explain why I am hopelessly addicted to Jersey Shore.

[BF’s comments on Jersey Shore:
“I don’t understand why there is a show about A SITUATION. What IS THE SITUATION?”
Me: Maybe we need to watch the first episode together.
BF: NOOOOOOO. NEVER. YOU CAN’T MAKE ME.]

I’m just going to come out and say it: I have a thing for lovable assholes. THIS would explain why I watch episodes of Curb Your Enthusiasm like its Crack and why I totally want to have fictional-TV-Sex with Hank Moody of Californication eventhough I’m sure he smells like whisky and cigarettes.

Getting back to the discussion of Real Life Cocky Assholes…

I’m not going to lie. These guys do serve a purpose. Without the guy driving by in his car yelling out “YO MAMI COME HOLLER AT ME!” over top of blaring music, or the guy at the bar who tried to pick me up by making “Polish Sausage” jokes…my life would be a little less interesting. Although often inappropriate, I respect the cocky asshole’s ability to continually & shamelessly put himself out there, opening himself up to inevitable rejection from people like me. Cocky Guys, Lovable Assholes, Weirdos, Freaks & Colorful Characters of the world, I salute you. Without you, my list and blog would not be possible.

What do you guys think? Is cockiness a turn-off? Does anyone else have a crush on Hank Moody?! (or another fictional lovable jerk?)