It’s time for another episode of “When Sex Toys go Hilariously Wrong“. The theme today is “just because its more expensive does not mean it’s better or any less creepy”

I don’t think any of these toys top the tiny hot pink penis from a few weeks ago but, I can’t afford anything on this page so, I’m going to make fun of them anyways….because some of this stuff is just CRAYYY-ZAYYY.

1. I’m not sure what the exact name of this product is (since there was no description in the initial article) but, it seems to be a vibrator that is made of gold and encrusted in pearls and jewels. This product made me furrow my brow with questions. Will the metal of the toy warm to the body? Isn’t this going to be a bit um, “chilly” going in? Those jewels don’t look very secure. Will I have to go fishing around up there after for precious gems? It’s pretty but, why is it shaped like a bullet? If you had 40K to spend on a sex toy, wouldn’t you want something like this that was designed to contour a woman’s body & is soft like skin? Then, I read that it was designed by a man and it all made sense.

2. Whips. Made of human hair. Maybe I am over-reacting here but, these kind of creep me out. Here is a conversation I’m not looking forward to having: “Hey honey. I love it when your long hair brushes against my chest when we’re having sex but, you know what I’d like? I’d like you to whip me with someone else’s hair. Preferably, someone we’ve never met…..

…and if you could find something in a nice shade of Clown Hair Red, that would be best“

Looking at these products is like doing a Rorschach test. As soon as I see them I immediately think of something else. 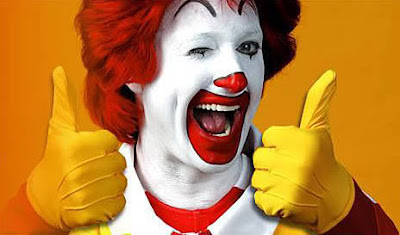 Lastly, we have these two toys:

Last but, not least there is THIS. Finally, a cock-ring that you can also use as a throwing star when ninjas break into your bedroom. The great thing is that after you’ve defeated the ninjas, you can put it on as jewelery and wear it to a Nine Inch Nails concert.

In other words, its like the sex toy equivalent of the Spishak Snoorpk:


After I added these last two photos into this post I thought; “Hey! I have something in my kitchen that reminds me of both of these things!” 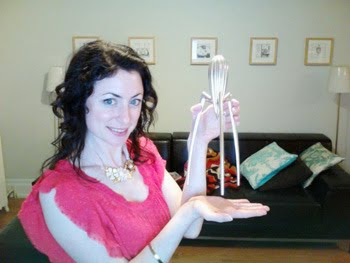 What’s that you ask? That’s the Philip Starck juicer. Sometimes when I actually feel domestic on Saturday mornings, I’ll use it to make fresh squeezed orange juice. It never goes anywhere near anyone’s genitals but, it does make a nice glass of OJ.

That wraps up another episode of “When Sex Toys go Wrong”! What do you guys think of these products? Does anyone else have any bizarre finds that they would like to share?