After posting Lisa’s list of things she wishes she could tell her 20-year old self, I got inspired to start working on a list of my own. I’ve already mentioned some of the lessons I’ve learned in my 20’s but here are a few more. I have the feeling that this may be an on-going feature because as soon as I hit publish I know I’ll think of million other things I want to say. This is a start…

Things I wish I could tell my 20-year old self.

1. Just because you’ve had some bad stuff happen to you and your heart has been crushed to a million pieces, this does not mean you are “damaged”. This is a bad word because it implies that something cannot be fixed but, people heal and so will you. Whatever you’re going through now may suck but, eventually it will suck a lot less. Bad experiences will shape who you are but, don’t let them define you.Stuff happens and its painful and sad and doesn’t make any sense but, you are not this stuff.

2. Don’t make someone a priority so you can be their option. Unavailable guys may seem appealing but, you deserve better. It’s better to be alone than to be with someone who can’t decide what they want.

3. People will show you who they are through their actions. It’s up to you to watch and listen. If someone does something that you don’t think a “good person” would do, it probably means they aren’t a good person. If someone acts like a jerk, it means they are a jerk. Some people just don’t have good intentions. You may feel that spending time with them might make them a better person, and maybe it will but, the harm they will cause you in the meantime isn’t worth it.

4. Be the star in your own show! When people try to suck you into their own drama (because this will happen) put your blinders on. This is the time to prioritize your own GOALS. Focus on YOU. DO WELL IN SCHOOL. It’s so, so important.

5. Chick Flicks lie to you. Finding “Mr. Right” will not magically make all of your problems go away and make your life perfect. All the stuff that you were hoping to fix will still be there. Bringing another person into the equation might actually amplify what’s wrong to begin with. A relationship shouldn’t be seen as a destination. The most important relationship you’ll ever have is with yourself so, work on you first.

6. For God’s sake stop trying to date gay guys. Your boyfriend has a larger collection of Madonna memorabilia in his bedroom than you did as a tween in the early 90’s. He gave you Men’s cologne for Valentine’s day. YOU NEVER HAVE SEX. Wake up and smell the double double, tall non-fat, mocha lakka lakka lakka lakka latte. The dude is GAY.

7. Tequila will never be your friend. Neither will non-FDA approved mystery liquor imported from Israel. Just trust me on this. 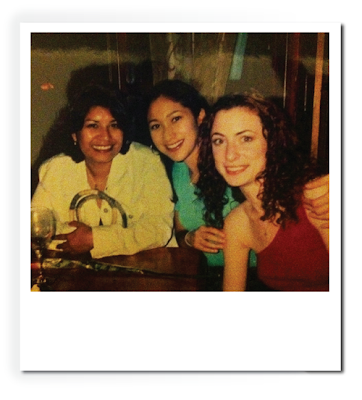 What would you tell your 20-year old (or younger) self?