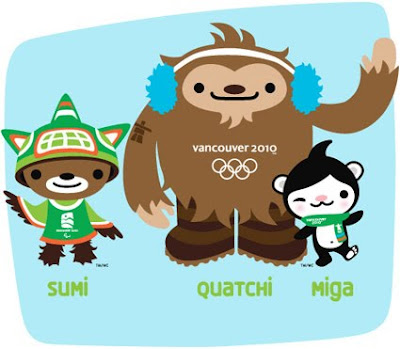 Just when it was starting to almost feel like Spring was around the corner, Winter decided to show up in Toronto. IN MARCH. Why did I ever move from the West Coast?! Its been snowing pretty hard for the past few days. Yesterday, I decided to brave the elements and trek down the gym for a work-out. Because we’ve had a really mild winter this year, I’m totally not prepared for “real winter”. I came to this realization when I was half-way to the gym, and noticed that my Uggs from last year (yes, I still wear Uggs. They’re warm and they are usually my go-to snow walking shoe) were leaking like crazy. This didn’t happen last year!! By the time I got to the gym my feet were a wet, cold, gross mess and I had another long, wet walk home to look forward to. I thought the point of sacrificing fashion & wearing funny-looking winter boots was that you wouldn’t have to deal with this kind of thing?!! I should have bit the bullet, embraced my inner Canadian girl and bought the Sorel boots this year. Aren’t these Buffalo plaid ones cute? Tres Lumberjack Chic n’est ce pas?

On the way back from the gym I just cranked up the ipod so I wouldn’t hear the weird squishing, shoe farting sound my feet were making inside my wet boots. To make myself feel better I stopped at Mexitaco on the way home for some take-out (SEE, I wasn’t lying when I said my routine really is WORK.GYM.TACO.HOME.) More signs that you may be eating at your local Mexican restaurant more than you should be: They know your name and you’re watching more HTV than MTV. Even though I don’t understand most of the songs I have to say I kind of get a kick out of watching Latin music videos. They’re so over the top dramatic: guys and girls crooning their hearts out, lovers torn apart, blood shed, issues of life and death (I saw two last night that featured car accidents. One lover lives, one lover dies)…real epic stuff.

After Tacos I came home, dried off, made myself a cocktail and climbed into bed with my lap top. I thought last night was going to be loner-central but, instead I spent a good portion of the evening chatting with the fabulous Sandy B! I have so much love for that girl. She’s TOTALLY AWESOME. I can’t wait for our first blogger friend date next weekend! Sandy made a good point last night: that “blogging is like a dating service for straight chicks”. Oh yeah, so true. I’ve met so many gorgeous, awesome ladies through blogging. I don’t think guys have fully caught on to this yet. So, if you’re a single guy sitting at home, wondering where all the hot, smart, funny girls are… FYI. THEY’RE PROBABLY BLOGGING (and maybe about you*).

(*Also FYI. if you’re over the age of 30 and still own furniture made of milkcrates: there’s a reason why you’re single.)

Something that has surprised me the past two weeks: I’m really, really into the Olympics. I’ll admit that up until the Olympics started I was actually quite Anti-Olympics. I love Vancouver but, I feel like the money that was spent on the Games could have been used to address some of the city’s problems. Vancouver has some serious issues with addiction, poverty and lack of affordable housing. Take a bus ride down East Hastings street and you’ll see that there is a huge gap between the haves and the have-nots. And yes, there are tons of crackheads in this area, but there are also a lot of famillies, elderly and disabled people who are living below the poverty line without access to decent housing. That just isn’t right. But, the cynic in me says: Even if they hadn’t used the money to fund the Olympic games, would they have used it to solve some of these issues? Sadly, I don’t think so. So, I feel kind of guilty about how much I have fallen in love with the Olympics. I’ve been watching as many events as I can and

I get excited (and a bit homesick) every time I see the Vancouver scenery on TV. Despite its problems, I still love Vancouver. Its home. I’m proud of where I am from. I’m proud to be Canadian. And the real shocker: I think I am actually starting to like hockey.

PS. In case you were wondering: Quatchi is my favorite. Every time I see him I just want to hug him. He’s a bit hairier than I usually go for but, what can I say… I am just a sucker for guys with tattoos and blue ear-muffs.

What are you up to this weekend?