Home » The Truth (about a lot of things) 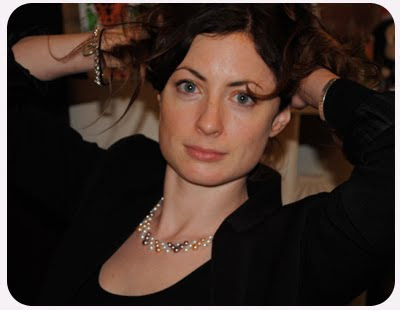 …aka stuff I’ve been afraid to talk about on the blog.

Sometimes I’m afraid to talk about what’s really going on with me because I don’t want this blog to turn into a “Dear Diary” type deal. But I have some things I need to say. I’m just going to put it out there so that tomorrow I can return to blogging about “fun stuff” like sex, reality TVmy bizarre dating experiences.

This past month hasn’t been easy. Its been full of ups and downs:

1. A few weeks ago, I lost my job that I had been working at since February. My contract was only until the middle of May however, they decided to end it a month early. It wasn’t because of anything I did (and I’m not just saying that because this is the internet and everyone can read this) its just that the program I was working for ran out of things for me to do and it no longer made financial sense to keep me for another month. This makes sense. Still, it was disappointing. I’ve never been “Laid Off” from anything before. This was my first “Job Break-Up” where I was on the receiving end of the awkward and “Its not you…its us” conversation. The whole experience reminded me of what it feels like to be dumped a guy that you were never really all that into in the first place: you don’t love the dude, you may only mildly like him, but when you hear the words come out of his mouth, your face still turns red, your stomach still drops, because rejection no matter how you serve it sucks. Even though I know there was nothing I could have done to prevent this situation, my pride was hurt. I spent the second half of April avoiding telling close friends what had happened because I felt embarassed (which in retrospect seems silly but, at the time made sense) because if you haven’t figured this out by now, I can be really hard on myself.

2. THE GOOD NEWS: last week I found a new job! I accepted another short-term contract working for the same University I started working with this winter. I started this week and so far I like it. I work in one of the Executive offices and the environment is really great: positive, up-beat & professional. The only downside to this new gig is that I am still working at the boutique part time. This means that I could potentially be working 6 days a week for the next month or so. I’m thinking this might just drive me to drink more cocktails than usual on Saturday nights.

3. I have a good friend who is going through a really hard time right now. I know that she needs help with a lot of stuff but I’m afraid that I don’t have the time or ressources to really help her as much as she needs. Because of this, I feel guilty even though I know I probably shouldn’t. I am worried about her and this situation has been weighing on my mind.

4: MORE GOOD NEWS: I had a meeting with an editor from a major Canadian magazine. She recently became editor in chief for a new online magazine & asked me if I’d be interested in doing some freelance writing for her (!!). Very exciting! So, you may be seeing more of me on the Internerd in the months to come. This proves that just as one door closes, another one opens.

5. BF has been in the midst of a giant business deal/job shift recently, which has kind of permeated all areas of our life together. He’s been stressed to the max and there have been lots of late nights involving him glued to his computer or out on the patio, having heated marathon phone conversations while chain smoking. There has been lots of chain smoking. I’d like to classify all this stuff under the heading “The Un-Glamorous side of Dating a Shoe-Designer”. I know BF feels bad about how stressful things have been & my intention isn’t to make him feel worse (because he’s probably reading this). I just need to acknowledge that its been hard because I feel like I’ve been living through all the stress with him.

On Tuesday night everything came to a head. I was lying in bed getting ready to fall asleep when, it happened again…I had an anxiety attack. I haven’t had an anxiety attack since January when I wrote this post. I’ve kind of been living under the false impression that I was “all better”. I know this isn’t really true but, sometimes its just easier to tell ourselves these lies than to actually face the problem, especially when it seems like it’s gone away. All the familiar symptoms were back: the heart racing, the quick breathing, the feeling like there is a miniature marching band stomping through my nervous system, playing all of their instruments at once & agressively raising the roof in between songs. When BF tried to comfort me, I physically pushed him away because when I’m feeling like this, someone hugging me actually makes me feel worse, kind of like the walls are closing in. Feeling like you’re not in control of your own body is a really scary feeling. I’m still a little shaken up about what happened but its pushed me to realize that I need to deal with this. I need to face it & talk to someone (because I didn’t in January), even though this scares me a bit. Its time.

Early yesterday morning, BF left for China. He’s there for 3 weeks. I’m going to take the next few weeks as an oppertunity focus on me, work on things I enjoy and hopefully chill out a bit.

So that is what’s been going on. Its not funny, or sexy, or glamorous. It just is what it is.

Thanks for reading. I hope all of you are well xox

NOW BACK TO REGULARLY SCHEDULED PROGRAMING.

{PS. Today’s picture was taken by BF a few months ago. He caught me playing with my hair which I do more often than I’d like to admit- a bad habit of mine. The necklace is from Chow Tai Fook, which I’ve heard is sort of like the Chinese Tiffany’s.}