On April 19th I attended the premiere for the movie Textuality. After a quick afternoon trip to my hairdresser, I headed down to the TIFF Bell Lightbox theater, anxious to see what the night had in store.

The movie: Textuality stars Jason Lewis and Carly Pope. The film follows the evolution of a romance between Breslin (Lewis) a straight laced “suit” with a high-powered job in finance and “Simone” (Pope) an artsy relationship blogger who writes 3 line posts (those are tweets! Not a blog!), doesn’t appear to have any source of income & lives in an amazing loft (Clearly, someone did not do their research here).There were some moments in the film that were painfully cheesy while others were laugh out loud funny. With that said, I think if you enjoy cute romantic comedies, you’ll enjoy this film. Most of the Canadian films I have seen recently have been like the movie Chloe – very dark and twisty. It was nice to see a film about life in Toronto that didn’t involve suicide, weird sex or snow…and was actually kind of funny.

Movie-Shmoovie. I’m sure what you’re really wondering about is what it was like to meet the shirtless wonder aka “Smith” aka Jason Lewis in person. Let me preface this story by saying this: Me + Meeting Celebrities. How could this possibly go well?

I had an extra ticket for the premiere so, I took my friend Melissa (my go-to always fabulous plus one) as my date. After the movie, me, Melissa and the rest of our group headed down to the club Maison where they would be doing the meet and greet & photos on the red carpet. Melissa and I have attended our share of events together. My Facebook albums are full of photos of Melissa & I at various functions, smiling enthusiastically while holding cocktails. Lots of good memories.

I had this whole plan where Melissa and I would meet Jason Lewis, win him over with our charm and then take a fabulous photo with one of us on either side of him. I dubbed this maneuver “Operation Create Jason Lewis Sandwich”. It was going to be epic and perfect. Unfortunately, my plans for “Operation Jason Lewis Sandwich” were foiled. Melissa and I were the last in line to take a photo. When our turn came up, someone yelled out “last photo of the night!” and we approached the red carpet. This is the part of the story where everything just starts to go in slow motion. Just as we were about to go into full sandwich formation, out of nowhere this girl in a white coat appears. I glanced over at Melissa with a look of panic “Melissssssssssa NOOOOOOOOOO” but it was too late, random girl had jumped into our photo and cameras were snapping. The end result: this super awkward photo.

{I’m barely smiling and if I had bubble over my head it would say “WTF”. Miss White coat on the other hand, looks quite pleased with herself. Jason Lewis has scary dead eyes. Melissa looks great as usual} 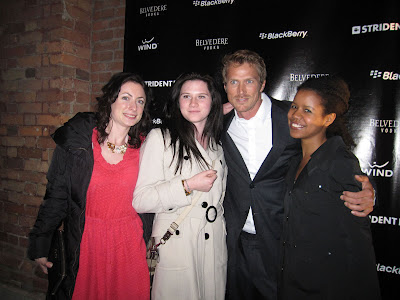 See, even Mr. Lewis is visibly confused. He’s looking over like “Yo, who ARE YOU? I thought I was going to be the slightly orange and leathery meat in the middle of a tasty strawberry and chocolate sandwich” 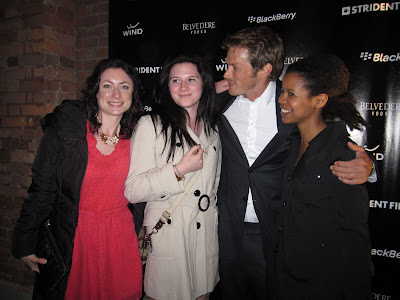 Miss White Coat- if you are reading this, please identify yourself! I’d love to change this story to “The Night I met my new friend _________” – something we could laugh at over drinks – instead of “The night Operation Jason Lewis Sandwich Failed and I hugged a stranger”.

Just for the record, this is more of the photo we were going for. JASON LEWIS THIS COULD HAVE BEEN YOU. 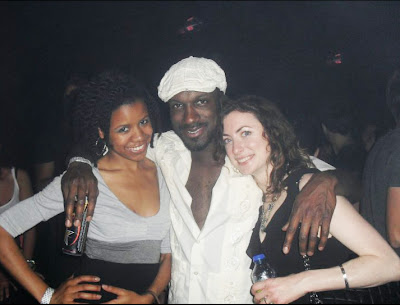 {This is us with our friend, also named Jason}

It’s OK Jason Lewis. It’s not your fault. Sun damage aside, I am still not convinced you’re actually real. As I pointed out on Facebook. 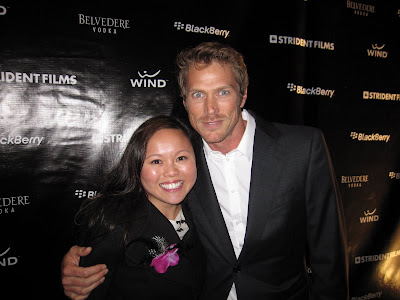 Later in the night, Melissa and Lisa met Cabbie. He’s a well-known local sports broadcaster. I love this photo. From what I could tell, Cabbie is not a robot. 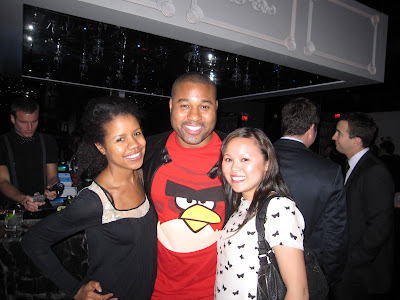 Between all the photo taking confusion, trying to determine Jason Lewis’ cyborg status and the fact that my feet were dying a slow and painful death in my new shoes, I totally forgot to take a photo of what I wore. I’m disappointed in myself because I actually felt cute that night. This is the best I can muster up:

{Taken using my Mac before going out. Looking way too serious} 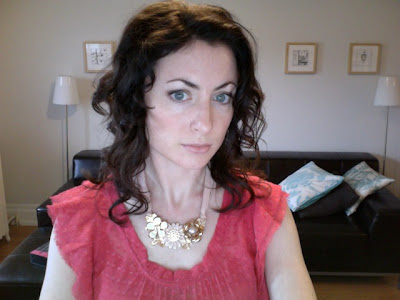 {My shoes and jewelry. Photographed by me the next day} 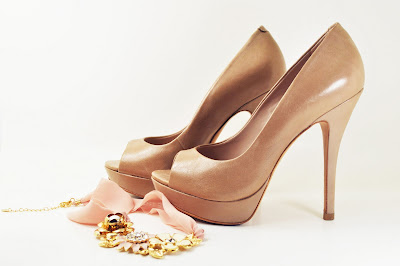 Please note, I’m totally joking around about the botched photo, this was actually a really fun night out and I am extremely grateful for the experience, as well as the chance to take one of my readers & besties with me to the premiere.

Other highlights from the night:

+ Meeting my “winner” Pink Crush who is lovely & gorgeous in person.

+ Getting a chance to hang out with Moya, Andrew, Lisa & Paul at the after-party.

+ Realizing that your life is completely different than it was 3 years ago…in the best way possible.

Near the end of the evening, Melissa and I decided to try and visit the VIP section of the club where they had sequestered all of the celebrity types but, we were brutally DENIED. I was tempted to tell the burly bouncer “Don’t you know who I am? I’m six degrees separated from Kevin Bacon!” but I restrained myself. Believe it or not, even I have some shame.

Instead, Melissa and I decided to wrap up our night the way many Toronto nights pleasantly end: over some late night eats in Chinatown and some good conversation.