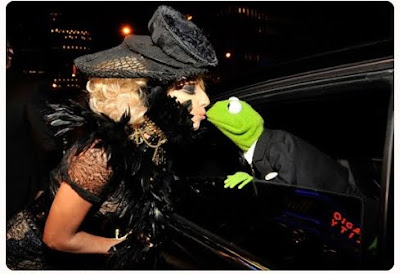 This blogger is one tired monkey. Between work, socializing, working on Tiny Ocean and staying up late every night working on a fun new project for this blog…I’m pretty beat. Today is my day off from both of my jobs. This morning I got up with intention of dyeing my roots & then sitting down for a few hours to write like a mad woman. My hair got done but instead of blogging this afternoon, I took a (much deserved) afternoon nap. Now I have some coffee & I am ready to go.
I’ve been thinking a lot about what to write about for my next dating column. Last night my friend Melissa came over. After dinner we were sitting out on my balcony drinking wine, smoking and brainstorming. She suggested that maybe I should write about the different “types” of guys you date in your 20’s. This prompted me to rattle this list off to her:
(A few “types” I’ve dated in my 20’s)
1. The consistently inconsistent, reliably unreliable guy: You’re never sure if he’s going to call or show up. And if he does show up, you’re not sure whether he’ll be sober. But you love him anyways because you’re addicted to the drama. Haven’t we all dated this guy?
2. The Lost Boy: I feel like this guy (along with #1) is a quintessential part of the 20-something dating scene. His favorite book is Siddhartha and he’s always talking in vague terms about “higher levels”, “expanding consciousness” and “the meaning of life”. Typical break-up lines include “I just really need to find myself” “I’m just too messed up right now”. Sound familiar? Move on ladies. There is no room for you in this guy’s existential crisis. Trust me.
3. Mr. “I’m Just Not into Titles”: You spend all your time together. He’s banging you. Yet, he still refuses to call you his girlfriend. His excuse is that he “doesn’t believe in TITLES because they’re old fashioned” and he suggests that you should “embrace modernity with him”. This guy just wants to have his cake and eat it without taking responsibility for his actions. If he wanted you to be his girlfriend, he’d say it. It’s really not that difficult. Walk Away.
4. Closet Cases & Bisexuals . For a few years I definitely had the “Oops, my boyfriend is Gay” curse. If you’ve read THE LIST you’ve probably guessed this. There is nothing like having a relationship end when your boyfriend admits to you he just made out with his (male) dentist. True story. Move on. Its not your fault you don’t have a penis.
5. Old Dudes. In my early 20’s I found older guys irresistible. Daddy issues? Perhaps. Older guys lost their appeal when I realized the reason they were dating me was because women their own age didn’t want them. NEXT!
6. The Coke-head: I feel like everyone in Toronto in the early 2000’s was drinking life up through their nose. Am I wrong here? Along with my “gay curse” I also had the “Oops, my boyfriend is hooked on drugs curse”. Having your date interrupted yet again by your boyfriend’s chronic nose bleeds is just well…gross.
7. Guys who get off on having a token white girl friend. No one likes being treated like someone’s exotic flavor of the month. Nor is it fun to be constantly reminded that you are “white” and that you “just don’t understand what its like to be a Black (or Asian or Mixed Race) man in Canada” (although I will try my best to understand…how could I?! I’m a white woman). One minute I’m your arm candy, the next I’m your emotional punching bag/scapegoat for your complicated identity issues. If you honestly feel this way, you shouldn’t be dating someone who looks like me. Been there. Done that. A few too many times.
8. Alcoholics Life is all one big party… until one night he gets belligerent, gets you kicked out a family restaurant and pukes in your friend’s car. True Story folks.
9. The Secret Life Guy: Once you’ve been dating for a while you discover he has a secret wife, girl friend, or baby mama on the side. Or in the case of #2: a secret gay crush on their dentist. This guy’s favorite line is “My wife/girlfriend/baby-mama just doesn’t understand me“. They never do.

10. The Spaceman: This guy’s favorite line is “I just need space“. What does that mean exactly? Have you ever dated someone and felt like if you added anymore “space” into the relationship you wouldn’t even be dating them anymore? Yeah, that’s the whole point. Any time I’ve requested “space” its been because I think the other person is nice but, for whatever reason I’m just not into them enough (usually because they’re clingy or needy). Instead I request “space”, keep them on the back burner (because I enjoy sometimes fooling around with them & the fancy dinners/nights out/gifts) and hope they eventually get the message. I’m sure the Spacemen out there are thinking the same thing.

After I finished reciting my list, I looked at Melissa and said:
“Hmm, that’s funny…”
her: “What?”
me: “I actually dated a guy who was ALL of those things“
her: “Only in your life would that happen…or on a TV show”
me: “I need my own TV show”
her: “Blog about it!!”
And I will blog about it all. It’s all coming soon.
Talking to Melissa, I was reminded that my dating experiences have been slightly…out of the ordinary. There are a lot of stories that still need to be told. I feel like up until now Skinny Dip has only grazed the surface. So, over the next few weeks I’m going to challenge myself to dig a bit deeper. The new project I alluded to at the beginning of this post is going to be a regular feature on Skinny Dip …and it will involve me getting a bit more naked on here (figuratively speaking.) Because naked is good. So, stay tuned! I’m hoping to premiere it on Friday.
(Today’s image was found here.)
I feel like each of the “types” I described above could be expanded into full blog posts/articles. What do you guys think?
Do you have a certain “type” that you feel you have dated? (Guys are welcome to answer this question too)