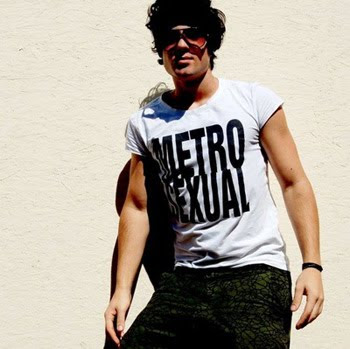 One of the things I was really excited to do once I arrived in Vancouver was to meet up with my friend Jean so we could celebrate her birthday together (last year, we celebrated over steak and Wu-tang-tinis and it was a lot of fun). So, last night I went over to Jean’s place where she was having a bunch of friends over for drinks. Coincidentally, her next door neighbor was also having a birthday party. Vancouverites by nature are laid back and friendly, so it wasn’t long before her neighbor’s door opened and both parties kind of spilled out & merged in the hallway. We were all hanging out in the hallway, when the very sassy gay guy who I had been making small talk with for the past few minutes, points his finger at me, cocks his head & says to the group:

“MMMM HMMM. I just love this girl! She’s hotttttt. Damn!” – causing me to giggle and blush.

He reminded me a bit of my friend Scotty who said the exact same thing to me a few weekends ago. Last time I saw Scotty, he said to me: “Want to see my Halloween costume Simone?“. A few minutes later he emerged from his bedroom holding an exact replica of the Glee cheerleader uniform. I asked him where he found it and he replied: “Girl, I did my research. I ordered it directly from the manufacturer”. If there was a contest for the “Gayest Man Alive” my friend Scotty would probably win.

Now, back to the conversation in the hallway with my new gay friend. This guy was no Scotty (ie. he wasn’t a 6’4″ , ripped black guy in a cheerleaders outfit) but, he was sassy & swishy and within a few moments of knowing each other we were talking about art, the night-life in Toronto and swapping skin care regime tips. I thought:

Later on in the night, I bumped into my new BFF in the kitchen while re-filling my drink.

Him: “We should totally hang out sometime when you’re in the city”

Me: “Yeah, sure. I’m always looking for new shopping buddies!”

Him: “Of course, if we went for lunch or dinner you’d have to give me at least one kiss”

I thought it was kind of an odd thing to say but my gay friends and I joke around like this all the time so, I just went with it & replied teasingly:

“Wellllll, I have a BOYFRIEND, so that’s not going to happen. HAHA”

That’s when I noticed that he looked legitimately disappointed. HUH? Does that mean he’s…OH GOD….STRAIGHT?!

I left the room and ran straight to Jean, waving my hands in front of me like I always do when I’m excited and have something that I need to share right away.

Me: “OMG. JEAN. I HAD THE WEIRDEST THING HAPPEN”

Laughing, I explained the scenario. She says to me:

“I’m not surprised, that guy totally had this I need to get fucked tonight vibe”

her: “I don’t think so. I figured he was into you”

Her neighbor: “He’s not. He just broke up with his girlfriend”

Her neighbor: “I know”

Me: “Jean, this was a deeply confusing experience”.

So, Santa if you’re listening out there, can you please bring me some new Gay-Dar? Clearly mine is on the fritz. Thanks!