Even though I am still in Toronto, I thought I’d give you guys an update on the “Eligible Bachelor” situation in Victoria (or lack thereof).

As you may remember, a few months ago I attended an online dating party where a bunch of girls got together to help my friend craft the perfect online profile. Meeting people in Victoria is difficult so online dating has become a viable option – or so I have been told. I’m still not convinced. It seems like the dating pool in my hometown is just as limited online as it is in person. Once we had put together a stellar profile for my friend, we decided to check out some of Victoria’s single guys. With the wine flowing, we huddled around my friend’s lap top and cruised through online profiles. However, it seemed like every second or third profile came with a comment like:

“Why is John even on here? Everyone in town knows he’s hooked on meth and homeless now”

My favorite moment however, was when we stumbled across the profile of The Banker, a guy we had gone to high school with who (after a lot of cheap champagne) I had hooked up with at a New Years party 10 years ago.

Me: “I totally made out with that guy!”

Friend: “What?! Really?! The Banker is nice but a bit of a strange bird”

Me: “No kidding. After our  drunken make-out on my friend’s couch, he told me that he wanted to take me for lunch the next day and for a ride along the beach in his parent’s BMW convertible…..then, he never called. I figured it was for the best”

Me: “I know. Even after all that champagne it still seemed like a bad idea”

What happened 10 years ago.

A few weeks before I came to Toronto I went to a party at the Art Gallery with a couple of friends. I was looking forward to the event because I knew there were going to be a lot of people there as well as a DJ & a bar. I was also excited to get my first taste of the Victoria 30-something social scene. Maybe I would meet some new people (or at least repel some Hipsters in the process)! Instead, I got a blast from the past.

I was having a drink with my friends when I heard someone call out:

There was the Banker standing in front of me with a gin and tonic in each hand. After catching up over some small talk, he said to me:

“Do you want to come to Lucky Bar with me after this?”

After I considered the Seinfeld re-runs I would be missing if I accepted his offer, I politely declined and told him I’d take a rain-check. Before I could stop myself, I added:

“I’ll be here most of the summer”

To which he responded, “Great. I’ll totally creep your Facebook page… and then maybe we can progress to doing the hang-out”

( The Facebook Creep? “The Hang-Out”?! Is this what qualifies as showing your interest in a girl these days?!)

It’s funny, the more things change, the more they stay exactly the same. The witty banter between us was still there yet, ten years later he still wasn’t into me enough to get in touch the next day and I wasn’t into him enough to actually be offended.

I used to joke with my best friend that I could never move back to Victoria because “I have already dated everyone I want to date in this city” However, standing there watching The Banker trying to awkwardly juggle his two drinks while talking to me, I had this scary thought:

What if that’s true?!

What if we are the last single ones standing?!

What if everyone else has already paired off and the universe is trying to tell us that we’re the leftovers? It’s sort of like when you’re folding laundry and you get to the bottom of the basket and all that’s left is a striped ankle sock and a white tube sock but you say “fuck it!” and pair them together anyways because well, it’s better than having them floating around aimlessly in your sock drawer.

WHAT IF WE ARE THE SOCKS?

I imagine this is what happens in small towns.  People get to the point where they are tired of the limited options and just figure “What the heck, let’s do this and procreate and make other mismatched sock people!”

What won't be happening 50 years from now.

If my life was the plot of a romantic comedy, this scenario would be played off as a happy ending. When the Banker and I would lock eyes across the crowded room, the audience would suddenly realize “After all their trials and tribulations, these two oddballs are meant to be together!” Instead of guzzling both of those drinks himself, the Banker would hand me one and say “I got this for you” (as if to say, “where have you been all my life?”) then we would jump into a convertible and ride off into the sunset. Roll credits. 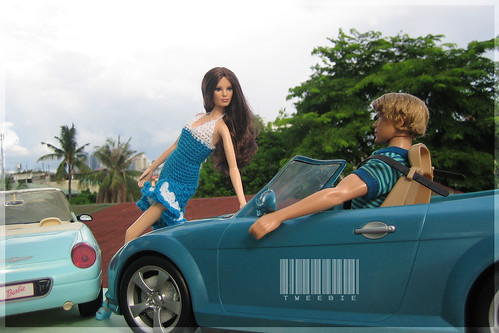 I’m optimistic that there are better things out there for me. I refuse to become anyone’s mismatched sock.

In the mean time, I’ve come up with a new dating rule:

If we’ve already made out ten years ago, I will not go out with you.