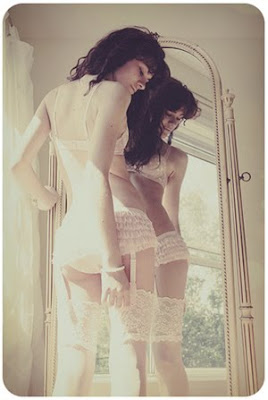 This morning I woke up to an email from an EX. Like, THE EX. The one I wrote about here and here. When I saw his message my stomach did that weird sick feeling flip flop thing. We haven’t spoken since we said goodbye. He’s the kind of ex boyfriend you never hear from and hope to never hear from. I always figured if I did hear from him I would find out he’s in jail or getting deported or is in re-hab or he’s desperate to find a kidney and I’m his last resort…or something equally as sketchy. He’s just that kind of guy. Thankfully email is probably the only way he’d ever be able to get a hold of me. As far as I know he is still living in the foreign country he moved to after we parted ways. Although, a few years ago I thought I saw him at the Yonge & Bloor Subway station and I nearly had a heart attack. My palms started to sweat, my heart started racing, my stomach flip flopped. Just as I was trying to figure out what I should do next (run? duck into Starbucks and hide behind the milk & sugar station? Face the music?) I realized that it wasn’t him. It was just a doppelganger.

Its been years since I had feelings for this guy. I’d never in a million years want to date him again. But, I think because he hurt me so much, I still get this fight or flight reaction.

So, here is the anti-climatic conclusion to the story: I opened the email and it was a link to an online store selling Viagra. No message, nothing. The funny thing was that most of the recipients were either other ex-girlfriends or girls he hooked up with (either before, after or while he was with me). I think we can conclude from this the following: either a) this is meant as some kind of cryptic message to the girls he used to sleep with (“I’m Baaaack!“-anyone who rides Toronto Public Transit will probably get that reference) or this is the work of a spammer with a sense of humor. (I’m going with the latter). My heart attack subsided and I had a bit of a giggle.

(It makes me wonder though–why does he still have all our emails in his address book?! UPDATE YOUR ADDRESS BOOKS PEOPLE. Avoid future embarrassment. That’s all I can say.)

Another more exciting discovery I made this week: LINGERIE BLOGS. I love lingerie, pretty lacy things and anything lingerie inspired –if you’ve noticed the header of this blog you might have already guessed this. I read a whole slew of fashion blogs but I never thought to see if there were any Lingerie blogs out there (but of course there are!). One that I discovered this week is Confessions of a Lingerie Addict. If you like pretty underwear like I do, this is a great blog. This week the Lingerie Addict is holding a Valentines Day giveaway where you can win a set of Hanky Panky Thongs ($99). I’m just mentioning it in case you’re like me & love indulging in pretty lingerie.

I hope everyone is having a nice weekend!