I’ve been in BC for a few days now and I’m already having lots of fun. I’ve slipped into full West-Coast Mode – I’m sitting here at my Mom’s place in my Cowichan sweater, sipping on organic coffee that I just bought from the non-profit coffee shop around the corner. This morning I woke up to the sounds of seagulls. Life is good.

Sunday night I hung out with Megan and we caught up over some All You Can Eat Sushi. I adore Megan and I had such a good time talking to her. She’s also super sweet and gave me this Lush Matryoshka set (one of the perks of knowing someone who works at the head office!). 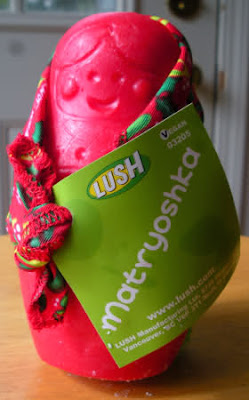 {I don’t have my camera with me so, the photo above was found here}

I think its quite perfect & I love how its wrapped up in miniature babushka. It also smells delicious.

Christmas is the time of year when I really take stock of all the things I am grateful for. I have a long list this year – typical things like the people I have in my life, my family, etc – however, while Megan and I chowed down on spicy tuna hand-rolls, I thought of one more:

I’m grateful I’m not working in retail over Christmas.
From the ages of 18-22 I worked at The Body Shop while putting myself through university. For most of that time I worked at the Body Shop in the Toronto Eaton Center – a massive multilevel shopping mall located in the middle of downtown. I like to think of the Eaton Center as downtown Toronto’s arm pit. There are two subway stops constantly feeding people into the mall and no matter where you go you can never escape the smell of stale grease wafting up from the food court. The last time I went there with my sister we saw a lady punching herself in the face in front of the Dairy Queen stand. Working there was “interesting” people watching to say the least. I learned pretty quickly that working at a place called the “Body Shop” basically meant that you were being paid to listen to people talk to you about their bodies ALL. DAY. LONG. Working at The Body Shop was like getting a crash course in Sex Ed, Abnormal Psychology & Public Health all at the same time.

So, because it wouldn’t be Christmas on Skinny Dip without some cringe worthy stories, here are a few of my favorites from my bizarre Body Shop “education”:

2) Lip Service: A woman picks up a product and asks me:

3) Safety First: At the back of the store we had a “Sampling Sink” where people could go and try out the different soaps & shower gels. One day a woman came in carrying a clear plastic baggie full of safety scissors.

Woman: “I just bought all these safety scissors and now I need to wash them.”
Me: “Um, you can use the sink in the back I guess?”

Ten minutes later when we noticed she was still washing her scissors, my boss approached her:

“Miss, we’re going to have to ask you to step away from the sink, there are other people waiting”

Woman (yelling): :”NOOOOOOOOO! I NEED TO WASH MY SCISSORS. THEY’RE NOT CLEAN ENOUGH! THEY’LL NEVER BE CLEAN! YOU CAN’T MAKE ME! WAHHHHHHH! THE SCISSORS ARE DIRRRRRRRTY. AHHHHHH! THE SCISSSSSSSSSSORRRRRS”

4) The Douche-tard: I was standing a the cash desk, when a woman approached:

Customer: “I need to return this shower gel”
Me: “Oh, OK, what happened?”
Customer: “It irritated me…in my female parts.”

In Canada all of our products are labeled in both French and English. Shower Gel in French is “Gel Douche“. After some back and forth, it was determined that she had read only the French label and had tried to use the shower gel not for its intended purpose.

5) Keeping things clean: A few days after the safety-scissor incident, a homeless man came into the store. He had a massive rat’s nest of black, matted hair. My co-worker and I looked on in awe as he walked over to the sink, turned on the tap, dunked his head and proceeded to wash his hair with strawberry shower gel. After, he patted himself down with some paper towels and left the store as quietly as he had come in. Once he was gone my co-worker tugs on my sleeve and says:

“You have to see this”

We walked over to the sink and looked inside. The white porcelain sink was now completely coated in a gray sooty residue.

6) A special scent: While standing by the perfume display…

Woman: “This fragrance is nice but you know that one of the sexiest fragrances a woman can wear is her own female scent.”
Me: “Oh yeah. Some days I don’t wear any perfume either. Just body lotion”
Woman: “No, I mean her own scent…from her Womanhood. Sometimes, before leaving the house I just like to reach down, take my finger and…”
Me: “OH JEEZ”

Coworker: “I wonder if she’s wearing “IT” right now?”
Me: “Someone should probably sanitize those testers she touched… just in case”

Of course, none of these weird experiences even came close to what happened to my friend (then co-worker) Rebel Man. One day he was helping this woman when she unexpectedly bent down and sniffed his crotch.

For best/worst story ever, HE WINS.

For those of you fighting it out in the retail trenches this holiday season, I solute you! There is a light at the end of the tunnel. No, really – there is. If you aren’t already laughing at all the crazy, someday you will & you’ll have some blogging material for a day when you’re not sure what else to write about. Until then, consider this my group hug to you guys. 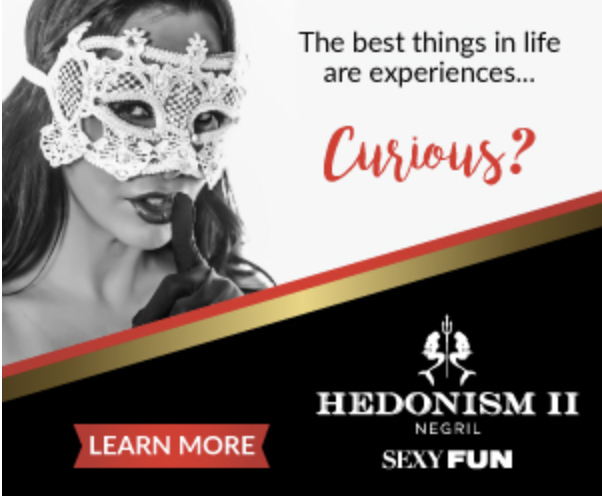