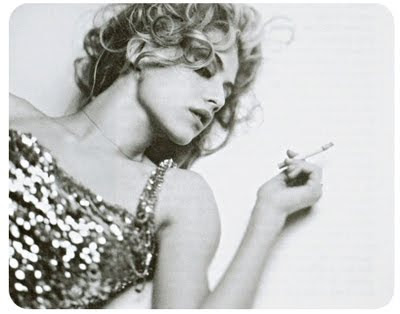 I think the reason this New Years was stranger than most was because it was Y2K. If you’re from the future and you’re reading this, Y2K was the year that everyone thought something cataclysmic would happen when the clock struck 12. People partied extra hard to make up for it. In reality nothing happened that wouldn’t have happened anyways. Y2K remains the biggest thing that never happened.

Ten years ago tonight I was ringing in the New Year (awaiting the end of the world) at a house party, somewhere deep in the suburbs of Victoria. I had been living in Toronto since September and was home for the holidays. I was 19, I had frosty dirty blonde hair and was going through a reckless phase. At that moment I was nursing a tumbler of off-brand Irish Creme liqueur. It tasted like Bailey’s but the bottle said something else, Beeley’s, Feeney’s or Hailey’s— I can’t remember but it was cheap. Robbie Williams’ “Millenium” was playing in the background. I was in the middle of a conversation with a guy I had just met. I was debating whether I should stay at this party or head downtown to meet some other friends at a club. He replied;

“Why are you debating?”
“Well, I want to go to the party downtown, but I’m afraid if I do I’ll want to do drugs”
“You do that kind of stuff?”
“Sometimes”
“Why?”
“Because it feels good”
“You just don’t seem like the type. You seem like such a nice girl”
“You don’t know me that well”
“I think you should stay at the party”

As the Backstreet Boy’s started singing ain’t nothing but a heart break, I took this as my cue to leave. I kissed my friends goodbye and headed out the door. One very expensive cab ride later, I was downtown standing in front of Victoria’s lone “underground club”. Tribal Techno music spilled out onto the street. I handed the bouncer $50 for the cover and hoped for the best. I was totally not prepared for what I would find inside.

Have you ever been to a rave sober? Probably not. And there is a reason for this. There is a reason people take drugs at these things. Take drugs and alcohol out of the equation and things start to seem a bit grotesque.

Were all clubs this filthy and scary looking or had I always been too bombed to notice? Was the music always this terrible? I looked around and took inventory of what I saw: dirty dilapidated couches, a guy throwing up in a corner, ash and roaches covering every surface, a suspiciously wet floor, and of course the pulsating sweaty mass of people. Everywhere I looked there were people dressed in phat pants or weird hippie outfits gyrating with glow sticks. On stage there was a girl in a tie dyed body suit grinding against the DJ booth. Off the dance-floor, I saw more people with glow sticks massaging other people with glow sticks. I felt a drop of water land on my shoulder and realized that the walls were dripping with condensation. A guy bumped into me and his sweaty arm left a wet stain on my shirt. I went into the bathroom, only to discover another guy barfing, two girls making out, and the counter tops covered in white dust. Also there was the smell. It was B.O mixed with weed and something else (mold? the smell from the dirty old couches? moth-balls? The guy selling tofu dogs out front?). The bad tribal techno raged on unrelentingly. Where the hell was I?!

This couldn’t possibly be what Prince was talking about when he said lets party like its 1999.

Just when I was about to give up on locating my friends in the sticky, funky smelling neon mass, I bumped into a girl I used to go to school with. When I knew her, she was a straight A student. Standing before me, she and her boyfriend had pupils the size of quarters. She grabbed and hugged me:

“Oh my god Simone! What are you up to? Have you tried E? It’s like SO amazing. I’m like SO high right now. We can massage you if you want!”

HUH? I wanted to say to her “Hey, didn’t you used to be a Math-lete?!” but I didn’t. Instead, I managed to slink away just as her boyfriend was getting ready to start massaging my shoulders.

My desire to get messed up was fading rapidly.

When I finally found my friend, I wrapped my arms around him & kissed him on the cheek.

At that point I decided, for the safety of myself and my friends, I would be spending the rest of the night completely sober. I grabbed my friend and said “We’re getting out of here”.

A bunch of us ended up walking to someone house, where we sat around listening to drum and bass records until the sun came up. The people who were sober (like me) ordered a pizza while the people who were high came down off of their drugs, took more drugs or debated with the rest of us whether we thought they should take more drugs (“Probably not a good idea”).

When I took a cab home at 7am, the sun was shining and I came to the following conclusions:

I was very confused.The partying I had been doing in Toronto probably wasn’t good.But what my friends were doing here also wasn’t good. I had no idea what I was doing with my life, who I really was, or where I really fit in.
I knew something had to change but I wasn’t sure where to begin.

Little did I know, it would take me a few years to figure this out.

That was 10 years ago. Thank god, a lot has changed since then. Last year I celebrated the New Year with BF. We walked in the snow, swigging Moet straight from the bottle, and finished the night dancing the night away to Osunlade at Revival. 2009 started off with a blast, but definitely got worse before it got better. This year, I’m keeping things quiet: staying in and watching movies with my Mom because I have faith that 2010 will only get better! Happy New Year Everyone!

PS. You can now Follow my blog with bloglovin!

Do you remember where you were 10 years ago?