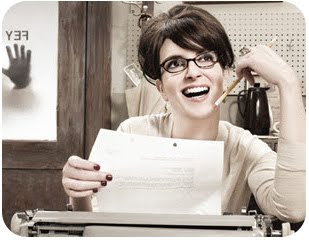 Yesterday morning I took a VERY early flight from Victoria back to Toronto. I made it back safely and now have a few observations to share:

1) Late nights watching Curb Your Enthusiasm Season 7 with your family are awesome but don’t exactly mix well with 4:30 am wake-up calls. While on my 6am flight, I actually fell asleep IN THE MIDDLE of ordering a breakfast sandwich. I was awoken by the flight attendant prodding my shoulder with the sandwich asking “Ma’am are you OK? MA’AM?!”. Somewhere around the time we were flying over Winnipeg I finally figured out the source of the scratchy, itchy sensation along my neckline. It was the label on the dress. My dress was on backwards and had been for the past 4 hours. I think this deserves to be classified as a Liz Lemon moment.

(Funnily enough, right before I passed out mid-sandwich order I had been watching the 30-Rock episode where a very medicated Liz is on a flight to Chicago and mistakes the person next to her for Oprah. With that said, things could have been a lot worse. I could have fallen asleep while eating the sandwich, or tried talking to it. I’m really glad I didn’t take that muscle relaxant after-all.)

2) People only ever ask me what I’m reading, when I’m reading something that I really don’t need people to know I’m reading. For example, when the wide eyed girl sitting next to me (who had just finished telling me about how excited she was to be returning to Bible College) asked me what i was reading, I saw her jaw drop when she saw the book was “FAST GIRLS: Teenage Tribes and the myth of the Slut”. This was followed by another awkward exchange where she said she thought my Slut Book looked “really neat”.

(And in case you were wondering, the book is actually quite amazing. My sister handed it to me the other day along with the comment, “This is really good. I think it would make good material for your blog”. She was right)

3) Sometimes feeling “old” is a good thing. After BF came and met me at the airport we took the subway home. On our train there were a group of 12-13 year old boys. They were loudly play fighting, pushing each other from one side of the car to the other, so that they kept crashing into either set of doors. One of the boys was using the overhead grips as monkey bars, and kept yelling out “Hey look, I’m Jackie Chan!” as he swung his body back and forth. This was all happening while the train was moving. In other words, they were acting like jack-asses. People were starting to get nervous. When I saw Monkey Bar Boy almost kick someone in the face, I nudged BF. He told the boys that they should knock it off. Then I piped in and said in my most authoritarian voice possible:

“Yes. Stop it. This isn’t a playground. It’s a subway”

The boys grew quiet. Then BF whispered to me,

“Wow, that sounded so grown up. Did saying that just make you feel old?”
“Yes, but I’m OK with that”

(Of course I also said under my breath that I thought they were acting like a bunch of retarded monkeys and later made a crack about how “there must be a Ritalin shortage in the GTA“, but luckily they didn’t hear me)

4) I have the feeling that 2010 is going to be full of lots of other (more exciting) grown-up moments ie. paying off debt, getting my career on track and maybe even starting the saving process for a house.

5) No matter how old I get or how my life progresses, I don’t think I will ever get used to being called “MA’AM”. I just don’t feel like a “Ma’am” and I don’t think this will ever change.

Has anyone else had a moment recently that made them feel grown-up?