Home » Naughty or Nice?
Want a crash course in frugality? Try spending a year being unemployed, underemployed or freelancing. One of the positive outcomes that came from my year of underemployment (June 2009-May 2010. RIP) is that the experience transformed me from a champion impulse buyer to the world’s biggest tight-wad. I went from being someone who shopped almost daily & bought things on a weekly basis, to someone who only bought the occasional things I truly loved & needed. Surprisingly this made me a lot happier. Even now that I am working full-time again (and freelancing) and have some disposable income, I still have a really hard time letting go of my cash. Since September I’ve only spent $50 on clothes (a skirt & a top from H&M). When I walk through the mall & see something I kind of like, I’ll glance at the price tag & even if its something I can afford I’ll calculate in my head how many freelance articles I would have written to pay for it. I usually end up walking out of the store. Last week, on Black Friday I actually forced myself to spend $40 on a few new pairs of tights. My toes have started poking out of my old tights, so CLEARLY this is was something I NEEDED yet, when I went up to the cash register I still felt kind of guilty for making the purchase. Even I realized this was ridiculous & said to myself “JUST PULL THE FREAKING TRIGGER SIMONE. BUY THE TIGHTS!”. So, I did. I bought the best tights they had & wow (!) they are soft & wow (!) my legs now feel amazing every day.
Needless to say, all the commercialism surrounding Christmas is making me feel a bit weird this year (see above: I’m having neurotic conversations with myself in the hosiery department at Sears). Being unemployed forced me to really reevaluate the difference between “wants” and “NEEDS”. Usually I have million things I want at Christmas but this year I just haven’t been able to get into the spirit of wanting or spending. But, creating Christmas lists are fun and since I don’t have anything I’m dying to write about today, I thought I’d try and get in touch with my materialistic side and put together a “fantasy” Christmas list.
My Naughty List (a totally ridiculous & unrealistic list of stuff I’d never expect anyone to buy me, but I would probably buy for myself if money grew on trees)
1. All Saints Leather Jacket ($500) 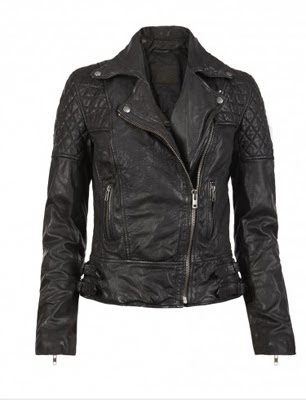 I fell in love with All Saints when I was in Miami. Everything in their line is so beautifully detailed. If I had serious disposable income, I could easily buy a whole wardrobe from this store. Their leather goods are particularly gorgeous. You have to admit, this jacket is pretty bad-ass. Since I haven’t spent any of my freelance checks since May, I actually am considering buying this for myself when I go to LA this spring (or the next time I go to NYC – whichever happens first) as a belated 30th birthday present. So, really this shouldn’t be on my Naughty List. NEXT!
2. ADD down -filled winter coat ($600) 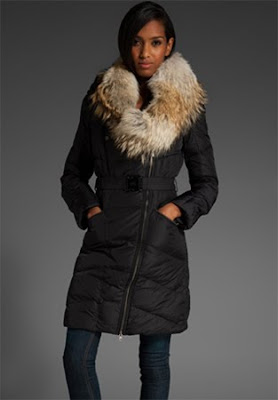 Down-filled coats are a must in Eastern Canada (I’m sure Santa can relate. That fuzzy red suit isn’t just for show!).Unfortunately, they often fail at being flattering. Example: when I first moved to Toronto I was so scared of winter that I bought the puffiest white down-filled coat that I could find from the GAP. Sure, I was warm but after three seasons of wearing the coat I could no longer deny that I looked like the Michelin Man‘s female body double. ADD has managed to do the unthinkable: make a down coat that actually is kind of sexy. I have a TNA parka (which is really warm but very casual) and a TB Cashmere coat (that is very dressy but not so warm). It gets really cold in Toronto during the winter but that doesn’t mean that the nightlife grinds to a halt. I think this coat would be the perfect thing to have for those cold nights when you just don’t feel like sucking up your pride & throwing on a parka over top of your cocktail dress. I could totally picture myself wearing this jacket with some bad-ass boots for a night out on the town. I could also picture myself wearing this while living out my fantasy that I am a Russian spy traipsing through Antarctica with James Bond.
However, to make my Bond Girl fantasy complete, I should probably pick up one of these hats. 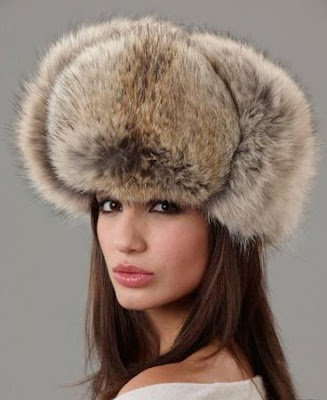 Given my Slavic roots, I feel like this is something I should already own. WHY DON’T I OWN THIS?! In this outfit no one would ever ask me “where they can buy tires?” again…instead, they may ask me for directions to the Kremlin & I’m OK with that.
3. Agent Provocateur Lingerie. 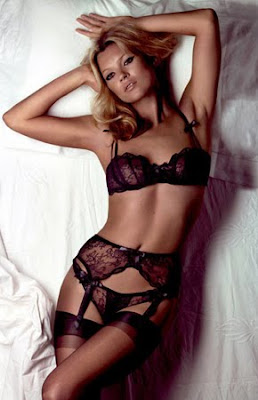 What’s not to like? Plus, I need something seriously Bad-Ass to wear under my Bad-Ass leather jacket or Bond Girl ensemble, right? The downside: if Santa actually bought me this it would mean a old, fat, married guy with a white beard bought me sexy lingerie…which is just creepy and wrong. NEXT!
4. The Lelo Soraya ($250) 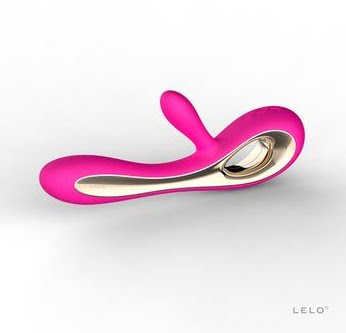 Ever since I read the reviews for the Lelo Soraya on Toy with Me (my favorite sexy, snarky, hilarious sex blog) I’ve been curious about this gadget. Sorry Mona, it looks like they’ve made a new on steriods version of you. Annnnnd its hot pink (HOT PINK!) and has a secondary nubby thing for extra pleasure – I’m not sure exactly how it works but I’d like to find out.
(And, since this is a fantasy list & we’re playing with fake dollars…)
5. The Jimmyjane Little Gold Eternity ($2750) 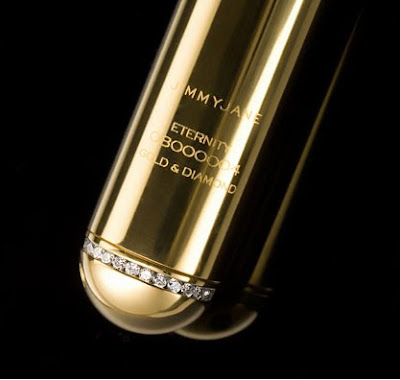 What you’re looking at is a 24 karat gold plated, diamond studded vibrator (its encrusted with 28 round cut diamonds for 360 degrees of wow). I know that my vagina deserves only the best so, this would be the ultimate gift for my lady parts. Maybe having something diamond encrusted up there might make up for some of the tragically bad sex I had in my early 20’s. Hmm. If someone bought this for me it would be like they were actually proposing to my vagina. Judging by the product reviews, I’m pretty sure she would say, YES! YES! YES!
I wouldn’t mind if someone stuffed either of these toys in my stocking. The downside: if you think opening a box of sexy lingerie in front of your parents on Christmas morning is awkward, finding either of these under the tree would be much, much worse (like, you might never want to show your face in front of your family again). NEXT!
My Nice List (Things I wouldn’t mind if someone bought me but, is stuff I would probably buy for myself anyway)
1. This Book ($20) 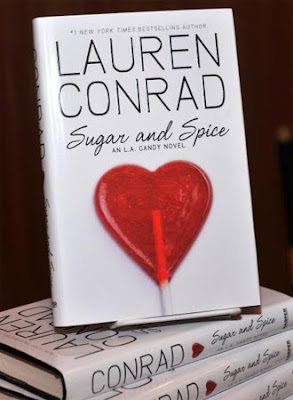 ….because you can’t read Brett Easton Ellis all the time. I’ll admit that I have read the other two books in the series and they were total guilty pleasures. Sure, I can finish one these books in a few hours but I figure this is the perfect read for the plane ride out to Vancouver or an afternoon spent lounging on my Mom’s couch with a big mug of her fresh-brewed organic coffee. Also, I saw another 30-something on the subway totally engrossed in a Lauren Conrad book. If other 30 year olds are doing it it means IT’S OK. At least that’s what I’m going to keep telling myself, while I attempt to hide the book jacket from nosy on-lookers.
2. Some new clothes for work. 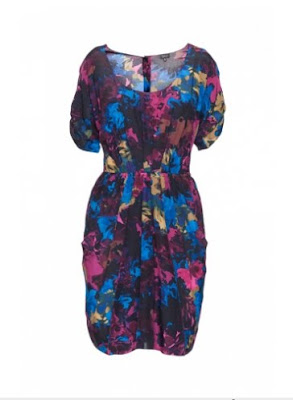 I have a handful of decent work appropriate outfits however, its getting to the point where I almost feel like announcing to my co-workers “Yes, that’s right – I really am wearing that AGAIN”. Since I’ve barely shopped all fall, I’d love a gift certificate to my favorite store so I can pick up a few things, like the dress above.
My Truth List (All I really want for Christmas is to….)
1. Inhale that first breath of sea air
2. Hug my Mom for the first time in six months.
3. Wrap my arms around everyone I love.
4. See my best friend’s baby smile.
5. Wake-up in my teenage bedroom to the smell of my Mom’s coffee.
Really, that’s all I need.
What are your holiday wishes (fantasy or real)?