(Last night was the movie premiere. It was fun & I’ll update about it as soon as I get the photos. I started writing this post yesterday but, then got distracted when I realized that I had to go out and buy a whole new set of undergarments to wear under my dress for the night. After an hour of trying on 1/2 of Victoria’s Secret, I came home I forgot to post this before heading out)

Remember how I mentioned that tonight I’m going to see the premiere of that Textuality movie? And how I discovered the movie is actually about a sassy brunette named Simone who is also blogger? AND how all these coincidences are kind of giving me a case of the weirdsies?! Well, things are about to get even more WEIRD.

I’ve wanted to add more video content to Skinny Dip for quite awhile now. Recently, I got in touch with Ryan to see if he might be interested in helping me with this. A few days ago Ryan sent me a message saying:

“How do you know Liam Card?” (star of Textuality & last week’s “How to Practice Safe Text” video)

Me: “I don’t. He’s just in this movie that I’ve been promoting on my blog”

As soon as this clicked, I decided to take it a step further. We all know where this is going: 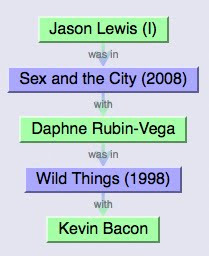 *Edit: I’m not sure if my hair was “Porn-tastic” this time around but, my stylist Jon definitely made my hair look lovely and I felt very sexy. Thank you Jon!