I love when I’m able to do giveaways for you guys but I’ve realized I’m really bad at announcing the winners! I just wanted to take a moment to give a shout out to Teacher Girl (of Teacher Girl Blogs) who won a copy of Lindsey Kelk’s “The Single Girl’s To-Do List”. I hope you enjoy the book!

I’ve been feeling kind of burnt out lately so, I’m happy that I was finally able to spend a large part of this past weekend laying in the sun reading my copy of the S.G.T.D.L. It was a fun, light read and just what I needed.

The reason I don’t usually enjoy chick lit is that the plot-lines (much like those of chick flicks) often make me want to pull my hair out. The heroines usually start off with some kind of issue(s) – they’re insecure, they have a shopping problem, they’re unlucky in love or all of the above – which all magically seem to disappear at the end of the novel when they fall in love with the man of their dreams. In other words, they are wildly unrealistic.

I liked that T.S.G.T.D.L didn’t follow this formula. Although, the protagonist (Rachel) seemed a bit overly self-deprecating at the beginning of the book, her character grew & became more confident as she learned to live life to the fullest following a bad break-up. The fact that she “gets the guy” in the end, is merely the cherry on top – the book is really about the strength of friendship and learning to be your own person. Did I mention that the book is also laugh out loud funny and features a scene where the characters watch a Gay Porno called Jersey Whores? (Miss Kelk is clearly a girl after my own heart)

The book also reminded me that to-do lists don’t have to be dull & mundane. Lists can be fun & transformative. After I closed the book, I got inspired and made my own to-do list for the rest of summer:

1. Spend as much time poolside as possible. When I was a kid, all of my summers involved lots of long, hot days spent swimming in my grandma’s backyard pool. Summer doesn’t seem like summer without some serious pool time…even if that pool is the not very glamorous public pool near my house. A pool is a pool!

2. Wear polka dot bikini. Connect with my inner pin-up girl. I bought this bikini for my trip to Vegas. I love it and haven’t worn it nearly enough. It’s time to change that. 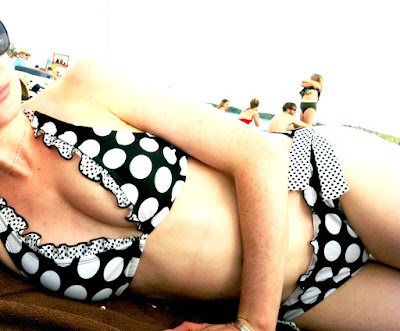 3. Go for drinks with girlfriends on the roof of the Thompson hotel. My friend (& editor of the magazine I sometimes write for) Jill and I met up a few weeks ago at a rooftop party that was taking place at a slightly cheesy club in the entertainment district. We had a lot of fun hanging out but agreed, “We need to stop meeting at places that serve drinks in plastic cups” – true! – drinks at the Thompson hotel would definitely be a step up. 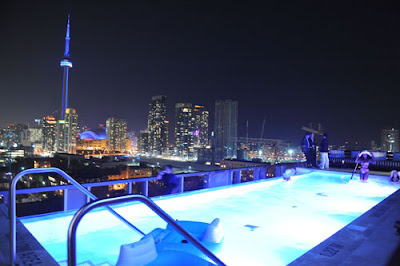 4. Catch up with some of my favorite sex and relationship Bloggers at this event.
If you love reading about sex and relationships and you haven’t checked out Met Another Frog, you should add that to your to-do list. Their blog is great & I think their party will be too!

5. Go to a House Music party (preferably outdoors) and dance the night away. The last time I went dancing was the night we played Dream Phone, before that it at Bloggers in Sin City where we dominated the dancefloor Pure. Both nights were so much fun and reminded me of why I love going out in the first place. There needs to be more dancing before the end of August. 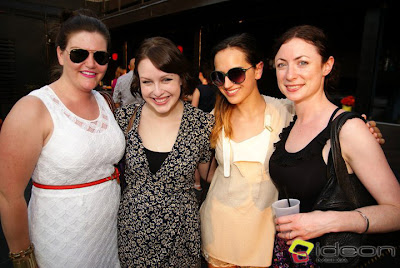 6. Finish watching Beverly Hills 90210. My obsession with re-watching all the original 90210 episodes from the 90’s has turned into a full blown addiction. Two weekends ago, I bought season 3 on DVD. As I slid my purchase across the counter, I looked at the cashier and said “Don’t judge me”. My goal is to finish watching the series this summer. Edit: I added this to my summer to-do list before I discovered that there are actually nine seasons of the original 90210. NINE. On second thought, maybe I won’t finish the series by the end of the month. By the way, WHO THOUGHT IT WAS A GOOD IDEA TO MAKE 9 SEASONS OF THIS SHOW?! Was anyone even watching by season 9? I predict I’ll fly the coop after season 5. 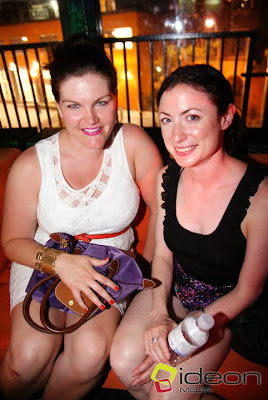 8. Re-design Skinny Dip. At the end of August, this blog is turning two! In honor of my blogoversary, I’m going to invest in having a professional web designer give this blog a well deserved makeover.

9. Road-trip to Detroit for some Motown, BBQ & Target shopping. I don’t know if I’ve mentioned this before but I love Detroit. The city gets a really bad rap but it has lots to offer: history, architecture, world class museums, cheap shopping & bartenders that really know how to pour a stiff drink (always a bonus!). In fact, when I get back from my road trip I’m going to write a post called “Why Detroit is Awesome” for those of you who still don’t believe me. 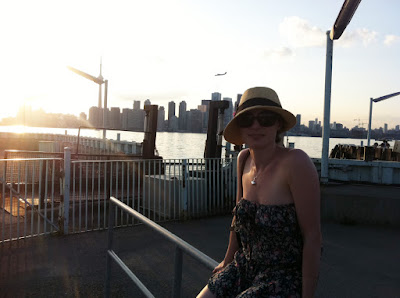 {This photo was taken last weekend on the way back from the Toronto Islands. Even though I’ve lived in Toronto for 10+ years, I think this is the first photo I have with the skyline in the background. I love it}

10. Do something I’ve never done before. Last year I rode one of the world’s biggest roller coasters and finished the summer with skinny dipping (two things I had never done before). Both of these experiences were really exhilarating and I’d really like to end the summer on a similar note. The question is…what should I do? I’m taking suggestions!

I think this list is do-able. Anyone want to help me cross off some of these items?!