Do you remember your first crush?

Elementary School (the early years): I met “Crush” on the first day of kindergarten. He was this kid I grew up with. We lived in the same neighborhood and went to school together from Kindergarten to Grade 12 (along with 20 or so of our other classmates). Crush was not what your typical crush worthy material. Crush had brown hair, thick coke bottle glasses, a devilish mischievous grin and was covered in freckles. If there was one word under this kid’s photo it would be “Shit Disturber”. I was scrawny, also covered in freckles and almost always one of the smallest kids in the class. If there were words underneath my photo they would be “Easy Target”. Most of my childhood memories of Crush involve him tormenting me. I was really, really tiny which meant most of my classmates could easily pick me up. One day, Crush cornered me in the cloak room, grabbed me, picked me up and hung me up on a coat hook by the back of my sweater. He looked at me and chuckled “WEAKLING!” before running out of the room. I was left there with my legs dangling a foot off the ground thinking “This guy sucks” 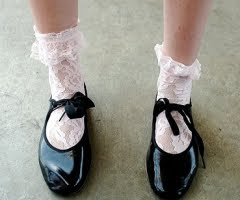 Grade 4: This was the year we had our first Sex Ed Class. As if learning that penises go inside vaginas wasn’t confusing enough, it seemed like suddenly there was all this pressure to start “liking” people. This made me feel weird because I wasn’t really interested in boys yet (boys are bad! They hang you up on coat hooks and kick sand in your face!) I was still very much into playing with my Barbies, hanging out with my best friends & reading Harriet the Spy. But, one day the boys decided to play a “game”. They made all the girls in our class line up and then they walked by and “rated us”. The ratings were: “Like”, “OK” and “Lump of Coal”. After half a dozen boys had walked by me and told me I was a “Lump of Coal” I wanted to cry. Ten year old me was thinking ” I don’t care about any of you but YOU get to call me a Lump of Coal?! This is fucked up!”.

Later that year we were having a “1800’s Theme Day” where we all had to dress up in Victorian costumes. All the boys were dressed like some variation of Oliver Twist & the girls were all in puffy dresses (Welcome to my very white, upper middle class elementary school). That day, whenever the teacher would ask a question we’d have to stand up to answer “like in the old times!”. I stood up to answer a math question and WHAM I felt the foot of a ten year old (whose lawyer parents had spent shit loads of cash sending him to soccer camp every summer) make contact with my small bony ass. The force knocked me forward. While on the ground I reached around to my back and pulled off a piece of paper that said “KICK ME”

Teacher: “Why did you kick Simone”
Crush: “You told us we should always obey signs. I was just following what the sign said”

Grade 7: This was the creepy year that puberty made everyone go a little crazy and turned all the boys into raging perverted horn-dogs. I remember this one day, this boy in our class went to bathroom with a pair of scissors, and in a hormonal frenzy clipped off his pubic hair, came back to class and scattered it on a girl’s desk – an act that to this day still seems totally digusting and DEFIES LOGIC. Luckily Crush never decided to grace us with a scattering of his pubic hair. Instead, he joined the group of “gross boys” (aka most of the boys) who would go around snapping girl’s bra straps and making fun of the girls who didn’t wear bras yet.

I liked boys by then (NOT Crush). I’d tell everyone I liked this sandy blond haired, sweet, sporty guy that everyone liked. I did like him but, what I wouldn’t tell people was that I also liked the eccentric ginger who got straight A’s, was obsessed with Canadian politics and liked to put mustard on his donuts on Hot Dog Day. I think this was the beginning of me having a romantic soft spot for weirdos. I also was blessed/cursed with the same body type I have now: long gangly limbs but with a decent rack.

I was walking down the hall one day when I heard foot steps behind me and then SNAP! I felt the strap of my bra stinging against the skin of my back. I turned around and it was Crush.

My thoughts: “This guy is a total degenerate. I’m so beyond this”

Grade 8: Oh Hormones. This was the year that I got contact lenses, got my braces and decided “hey, I’m kind of cute!”. By this point boys had stopped snapping bra straps and had started actually talking to girls. Sort of. And by “boys” I mean Crush and by “girls” I mean me. Crush’s coke bottle glasses were long gone and I thought “This guy is kind of cute and nice now“. Then, the grade 8 dance happened. We slow danced to the vocal styling of Roch Voisine (a French Canadian hockey player turned crooner best known for his power ballads and cheesy “hockey hair”). Pressed up against his chest, Crush smelled like fresh laundry. I’d liked boys before but this was the first time I felt my chest flutter. My thoughts “I am smitten. THIS is what Seventeen magazine was talking about!” 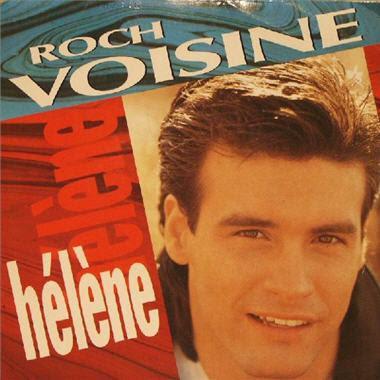 {This photo is for you Ms. Manshopper. I know you love it}

A few weeks later, when we were signing each others year books I said, “Write something funny!”. Crush signed my yearbook “My boner is a loner without you. See you later babe” which when you think about is kind of a fucked up thing for a 13 year old to write. However, I thought “I’m in!”

Near the end of the school year I decided I’d ask him out. I strutted up to his locker in my Doc Marten boots & short pleated skirt (hello mid 90’s!) and said:

“Would you like to go to the movies sometime?”
Crush: “Yeah sure. I’ll call you”

I stood on my tippy-toes and gave him a kiss on the cheek, leaving behind an imprint in the shade of Revlon’s Toast of New York. I had yet to be stung by the bite of rejection. I figured these things were simple. Cute girl asks out cute boy. Boy calls girl. They live happily ever after in teenage bliss. (I had a lot to learn) What really happened: REJECTION. All summer passed and I never heard from him. I could see his house from my bedroom window. I’d sit there staring out of my window thinking “What did I do wrong?” and “This guy sucks” 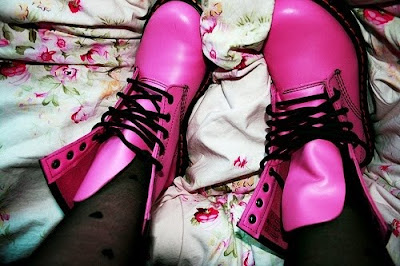 Grade 9: The trauma called “Junior High” happened. After the “Incident” I was relegated to the pool of people known as “The Undateable”. If Crush didn’t talk to me then, he definitely wouldn’t talk to me now. Actually, I would have liked if ANYONE talked to me. My thoughts: “Life Sucks”

Grade 10-11: I still wasn’t speaking to Crush but I didn’t really care. I had new friends. Drama Club! New Crushes. A boyfriend! Hickies. Losing my virginity! I was busy. My thoughts “Who’s this Crush guy again?!”

Grade 12: With the past behind us and graduation nearing, Crush and I had started exchanging friendly pleasantries. This meant occasionally saying “Hi” in the hallway. On the night of High School graduation he came up to my best friend and I. He said to us “My friend and I have a bottle of my parents Tequila. Wanna go down to the beach and drink it?”

So, we piled into his friend’s car and drove down to the ocean where we sat on a park bench, drank Tequila and reminisced about the past 12 years. Later, my best friend went home and me, Crush, Friend and Gay BFF stumbled over to Crush’s parents place. We stripped down to our underwear – me in a strapless bra and Crush’s gym shorts – and jumped in Crush’s parent’s hot tub. There I was sitting in the hot tub with Crush & a bunch of half naked boys. This would have been the prime moment to do SOMETHING. Twenty-Something single me would have probably tried to make out with Crush AND Friend (who was kind of cute too) and prayed that GayBFF wouldn’t have felt too alienated. Instead, I did…NOTHING.

Two weeks later, following our Graduation Prom, Trevor and I drove down to the beach where a bunch of people had parked their limos and were partying. I opened the door to a random limo, climbed inside and there was Crush. I sat down next to him. High on life, freedom and Lite Beer, I said:

I climbed out of the limo. I wanted to do something but, I had already started dating Dave the Rollerblader and doing anything with Crush would have felt “wrong” (like dating a guy who was in his 20’s whose sole mission in life was to roller-blade & tan himself until he was orange wasn’t wrong). That was the last time I saw Crush.

University: I went and did my own thing. Met a lot of new boys. Got into lots of trouble (the fun kind). Crush and I still had some mutual friends so whenever I was home for the holidays I’d always wonder if we would cross paths. In 2003 I was at a NYE party hosted by my best friend. I was in the kitchen grabbing more champagne when this girl said “Do you know Crush? He’s probably going to stop by”. Even though I rarely thought about him, I was curious. Was he still cute? Was he single? Would I be able to initiate a sleazy make-out session?

Me: “Yeah, I went to elementary school with that guy”
Girl: “Yeah, he’s awesome. I work with him. He has this pair of jeans that he wears everyday. The fly has been broken for a week but he doesn’t care. He’s been wearing them anyways! He’s such an awesome guy!”

WAIT. WHAT?! Could I actually bring myself to hypothetically make-out with someone who had a permantly open fly? My thoughts: “OH HELL NO”.

He never showed up. Instead, I made out with one of his best friends. After a few glasses of champagne I figured “He’ll do“. My champagne make-out buddy promised he’d take me for a ride along the coast in his mom’s BMV convertible (keep in mind it was January & tidal wave season) and call me the next day. We never spoke again. My thoughts: “This guy also sucks…NEXT!” 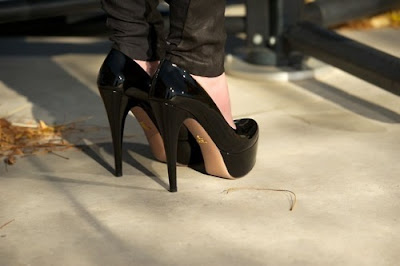 Present Day: I haven’t thought about Crush in years. A few months ago my friend and I were talking about first crushes, so I decided to Google him just out of curiosity. Through the magic of the internet I discovered:

a) He’s doing a fellowship in Neuroscience at a very exclusive Ivy League school.
b) He has a MySpace page for his “folk rock” band that he plays in.

UGH. I don’t like folk music. I don’t even like most rock music. I’m more of a Lil’ Wayne & Lauryn Hill kind of girl. Then, I thought of THE OPEN FLY. That’s when I heard the voice of my best friend, saying the words she had been telling me all through high school:

Now, with the sober perspective of a 30 year old I can honestly say, she was right all along. 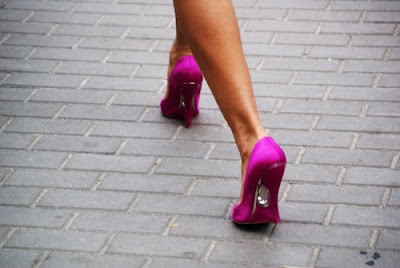 THE END.
Do you remember your first crush?