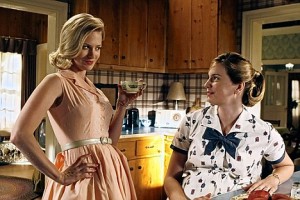 Picture shows: (L-R) Betty Draper (January Jones) and Francine Hanson (Anne Dudek) TX: BBC Four, from Sunday 2nd March 2008 Mad Men is a provocative and original new series from writer and executive producer Matthew Weiner of The Sopranos. Set in 1960 New York, Mad Men pulls the viewer into an unexpected new world – the high-powered and glamorous ‘Golden Age’ of advertising – where everyone is selling something and nothing is ever what you expect it to be. ©AMC WARNING: Use of this copyright image is subject to the terms of use of BBC Pictures’ BBC Digital Picture Service. In particular, this image may only be published in print for editorial use during the publicity period (the weeks immediately leading up to and including the transmission week of the relevant programme or event and three review weeks following) for the purpose of publicising the programme, person or service pictured and provided the BBC and the copyright holder in the caption are credited. Any use of this image on the internet and other online communication services will require a separate prior agreement with BBC Pictures. For any other purpose whatsoever, including advertising and commercial prior written approval from the copyright holder will be required.

END_OF_DOCUMENT_TOKEN_TO_BE_REPLACED 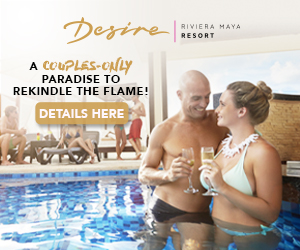