On Saturday night my friend Lindsey and I had a long overdue girls night out. We headed down to Little Italy where we drank Sangria on a patio and then crossed the street to a slightly Jersey-Shore-esque bar for more cocktails and dancing. When it started to get late and our tummies started grumbling, we left the bar in search of food only to find out that most of the late night food places along College St. had already closed. Lindsey suggested:

“Let’s go to Snakes and Lattes!”

Snakes and Lattes is a Toronto cafe devoted to the love of board-games. They have 1500 different boardgames that you can play while enjoying late night drinks & food. I’ve always thought this was a really cool idea for a cafe but I’ve never visited before because…I actually am not a huge fan of board games (or so I thought). When I told Lindsey this, she said:

She was right. The guys at Snakes and Lattes were awesome. I told them a bit about myself and a few minutes later they brought over the game DREAM PHONE. 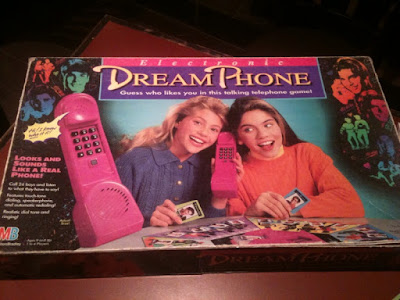 A 1990’s board game that involves a giant pink cordless phone?! It was like they tapped into all my secret board game desires I never knew I had.

Dream Phone is a “Secret Admirer Game” where you call the “Dream Phone” (batteries not included) to get “clues” on which guys like you. When you dial the number of a boy, the Dream Phone will tell you stuff like “He hangs out at the Crosstown Mall….he doesn’t have glasses” or “You can find him at Eat’s Snackbar….he hates swimming”

The rules for Dream Phone seem extremely convoluted . We read through the instruction manual several times but neither of us can tell you how you actually “win” the game. What we were able to gather was that the game works as a process of elimination where you match up potential secret crushes with geographical locations….like a teenage stalker.

(I keep on wanting to call this game “Ghost Phone” because there is something decidedly creepy about a mysterious over-sized pink phone that’s sole purpose is to give you information on the whereabouts of teenagers. Also, I’m pretty sure the girls on the box are possessed)

The game Dream Phone comes with… 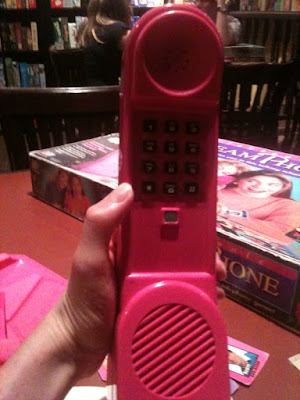 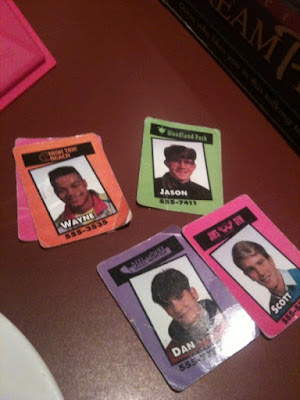 Unfortunately, all of our “secret admirers” are clearly still in Junior High (although, the jury is still out on “Wayne” – you can’t tell by the grainy iPhone image but buddy has some serious peach fuzz happening.)

One groovy game board: 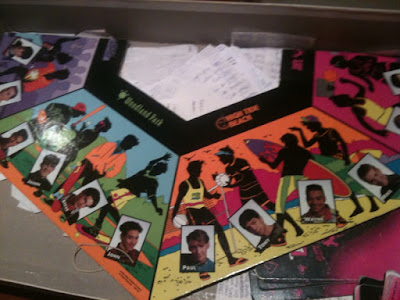 We’re not really sure what purpose the board serves…… and, after polishing off a pitcher of Sangria…we didn’t really care.

(Lindsey calls the phone to get clues about her secret crush. Calling boys is DREAMY) 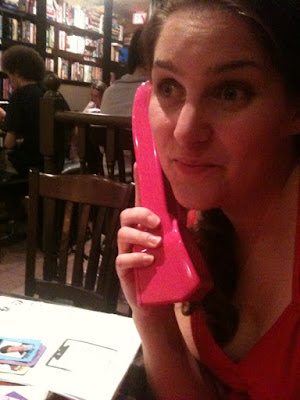 The theme song (there’s a song!) to Dream Phone asks the question: “WHO WHO WHO HAS A CRUSH ON YOU?“ Here are some of the guys Dream Phone told us might be interested in us:

Steve: The look in Steve’s eyes says “I’m the kind of guy who’d install a hidden camera in the girl’s locker-room or steal your underwear and try to sell it on ebay”. Oh and he likes to hang out in wooded areas. Great! 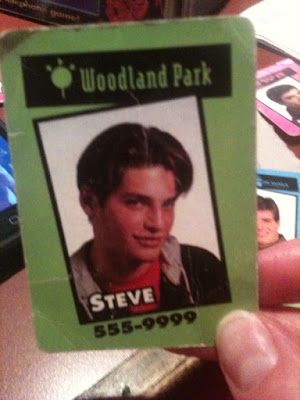 Phil: Our assessment of Phil is as follows: “He kind of looks like Harry Potter…if Harry Potter was a serial killer“. 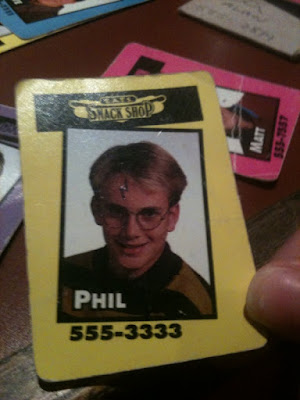 We do not have a photo of Alan, just a police sketch. He was last seen at the Crosstown Mall stealing a bag of tube socks and a 6 pack of Jolt Cola. If you run into him, be afraid…be very afraid. 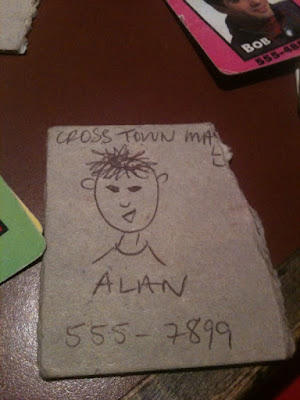 If I was a 13 year old girl, I think I would be rooting for Dan or Matt: almond shaped eyes, dark hair, vaguely Mushroom-y hair cut. Yep, that sounds about right. Unfortunately, I think Matt is into Dan. 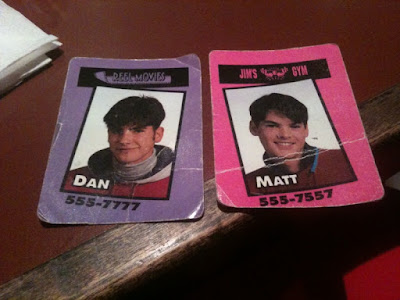 Lastly, meet the man of the evening: my secret crush Carlos. Oh Carlos, I know the Ghost Phone told me you “really like me” but, the feeling is not mutual. Maybe its that your phone number has one too many 6’s in it or that you hang out at a very unfortunately named fitness facility called “Jim’s Gym” but…I just don’t like what you are about. I know you probably use the whole Latin Lover thing to your advantage, what with your dateline predator eyes and popped windbreaker collar but, I’m just not feeling it. Also, does Dream Phone know that you’re really 25? Carlos, the answer is no. No I will not go to the Prom with you. 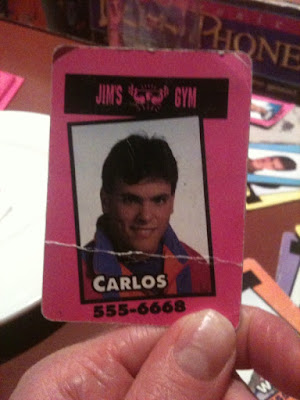 The scariest thing about Dream Phone was that it magically tapped into the actual demographic that’s usually interested in me: Pervy eyes. Concealing true age. Fondness for nylon sportswear. Lurking in the corners of a gym near you. It’s like Dream Phone has been reading the blog… * 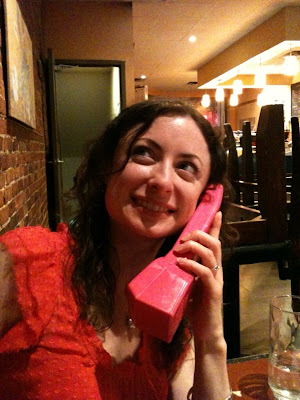 DREAM PHONE: Because nothing says “Hot Saturday Night” like calling fictional teenagers to see if they are interested in you.

*Actually, if the makers of Dream Phone really knew me they would have put THIS GAME into production ages ago. Now this is a board-game I could relate to.

So, how was your weekend?