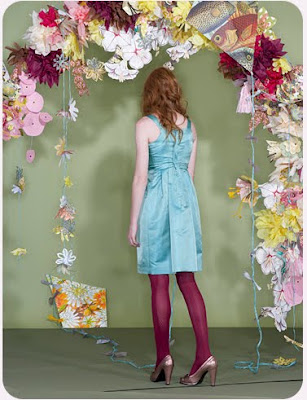 I had this really good post planned for today about Threesomes but, I totally chickened out after I found out that apparently one of the kids I used to babysit for has been reading my blog (OH GOD). He’s 20 -something but, still (OH GOD). Yup, that’s me…corrupting the youth.

It makes me wonder, who else is reading this?!

So in lieu of another tawdry story about my shady dating history, I thought I’d share the story about how I learned to stop dating other people…and instead learned to

As the oldest of two children, I’ve always been pretty independent. When I was growing up I loved socializing. I was the kid who was so busy talking during the lunch-hour that I’d actually forget to eat my lunch. I was also a goody-two-shoes (work with me here). The only time I ever got in trouble was for talking too much (some things never change). With that said, I was also the kind of kid who could spend hours in her room, playing with her stuffed animals & barbies, working on art projects, making up dance routines, completely content to amuse myself for hours on end. As a teenager I also loved spending time alone: writing, listening to records, going for walks on the beach. My family is small and close knit and while I was growing up I always had a tight circle of close friends. Being alone wasn’t lonely because I knew that whenever I didn’t want to be alone, I was surrounded with all these wonderful people who had known me my own life.

I’d always dreamed of leaving my sleepy seaside town for some big, strange, exciting place. When I was 18, I did exactly that. Instead of going to University, I signed up for some college classes and bought a one-way ticket to Toronto, a city thousands of miles away where I knew virtually no one. Once I started “living my dream” I realized something: I was completely alone…and for the first time, alone felt

I was so desperate to meet people, that I would literally be friends with ANYONE. If you were a weirdo or mentally unstable in 1999, I would probably be your friend. During this time of my life I met a few really wonderful people (who later became good friends) however, the majority of people I met were less than wonderful. I just didn’t see it at the time because I was young, naive, desperately lonely and hadn’t quite figured out that a lot of people just didn’t have good intentions. That’s how I ended up hanging out with people like The Worm. However, getting Tequila’ed up & molested by The Worm in his Porsche, was just the tip of the ice-berg when it came to bad experiences. I was wracking up disturbing life experiences like it was going out of style. Maybe at some point I’ll actually start to get into detail about what actually happened, but for now its just safe to say that by the end of my first year in Toronto I was kind of a mess emotionally.

I realized early on that school year that a “good” way to deal with my problems was to party. As hard and as often as possible. I’m not really sure how much of this had to do with me wanting to run away from my problems or whether this is something that all people feel when they are young but, I had this strong desire to always be OUT. Staying at home, doing quiet things was absolutely unbearable. I felt like if I was home I was a missing out on something and obviously a total “loser” (something that now seems pretty ridiculous now that I am older). If I was at home alone, then it would mean that I would actually have to stop and reflect on what was going on with my life. I wanted to avoid that at all costs… so instead I went to great lengths to ensure that never happened. I went to University full time and worked 25-30 hours a week. I scheduled all my shifts so that I would never be home alone on the weekends. I’d work all weekend, party all night, and leave myself just enough time during the week to study & maintain a B average. Even if it meant that I went to my part time job hung-over beyond belief (or god forbid, still kind of drunk from the night before), working a 9 hour shift in this state was actually preferable to being home alone with my thoughts.
When it came to partying, I wouldn’t just have a few. I’d drink to the point that bordered on oblivion, where I was comfortably numb. Where I didn’t have to feel anything. I also loved to dance, so I would consume to the point where it would just be me, the music and whoever I was dancing with. My self-destructive behavior extended into other areas of my life, mainly boys. I dated a drug dealer. I dated a drug addict. I spent a year being some guy’s mistress because on some level I didn’t think I deserved any better. It’s like I searched out these situations that were destined to end painfully. I like to call these my “train-wreck years”. There were signs along the way that I should have stopped what I was doing but I chose to ignore them.
The real wake-up call happened in September of 2003, shortly after my 22nd birthday.

My paternal Grandma, who I had always been very close with, passed away.

My grandma was one of the sweetest, kindest people I’ve ever known (of course, maybe this is the way most people feel about their grandma’s). Losing her gave me this weird feeling that my childhood was now officially over.

September of 2002 was a bad month. To add insult to injury, right after my grandma passed my boyfriend at the time broke up with me. Looking back, this was a blessing in disguise however, at the time it sucked. It felt like someone was taking my already bruised, bleeding heart & was stabbing it repeatedly with a butter knife.

Shortly after the break-up, the leaking started. I noticed that water was squirting out of the light fixture in my bedroom ceiling (why this happened in the first place remains a mystery). I figured I didn’t need to add “accidental electrocution” to my list of problems so, I packed an overnight bag & decided to stay on my friend’s couch until building maintenance could come and fix the leak. The maintenance people never showed up. Three days later I returned to my apartment to find a 4ft x 4ft hole in my ceiling, and the “ceiling” (pieces of wood, insulation, plaster) on my BED.

I looked up at the hole & saw my upstairs neighbor looking down at me.

him: “So, like… your ceiling fell through while you were away”
me: “Yeah I noticed”

I actually laugh whenever I tell this story because, it is kind of funny. It felt like my world was imploding…and then it actually did.

Even though my heart hurt & I felt overwhelmed, for the first time in years I didn’t feel like partying that feeling away. Have you ever had one of those moments where you wake up and say “What the fuck am I doing with my life?”. I’ve had a few. This was one of them. I knew that if I was going to get through this I would need to STOP everything.

I forced myself to stay home on the weekends. It was hard at first. I’d feel shaky & jittery, like I couldn’t sit still. Even though I knew I didn’t want to be out partying, I felt like I was scratching at the walls. But, once I eventually got over the initial anxiety and I realized, THIS IS AWESOME.

I COULD DO ANYTHING I WANTED.

Since I wasn’t spending my weekends wasted or in the emergency room sitting bedside as my boyfriend had his stomach pumped, I HAD SO MUCH SPARE TIME. I re-discovered what it felt like to wake up on a Sunday without a hangover (omg you have so much energy!). I started to fill my Friday & Saturday nights with things that I enjoyed. I’d borrow my neighbor’s VCR (I was a broke student) and rent videos that only I wanted to see. I discovered Sex and the City, and was like “Whoa! I’m not the only one having all these bizarre dating experiences…and they are laughing about it!”. I substituted food for booze. On Friday nights I’d go to the grocery store & I’d buy WHATEVER the hell I felt like eating. I’d get brie, avocados, Ben & Jerry’s Ice Cream, cookies, gummi bears, croissants, pepperoni sticks, popcorn & cheezies. I learned that eating all of these things in succession isn’t that great an idea. I stopped being underweight. I put on a well-needed 5-8lbs. My body filled out in a good way. I spent a lot of time at the library because it made me feel less lonely. My B-average turned into an A-average. I started my first blog & met people who I are still my friends today. Did I still feel lonely through any of this? OH HELL YES. Sometimes I felt totally lonely. It was hard but, I worked through it. I decided to embrace the feeling of being a bit lonely because I knew what I was doing was healthier than what I was doing before (minus the new found gummi bear & pepperoni problem)

That winter, I found the perfect solution for what to do on my free Saturday nights: I got a job working at (what was at the time) a high end club/cigar lounge. I started making more money than I had ever made before. FYI. Want to wean yourself off of alcohol? Get a job somewhere where YOU’RE SOBER and everyone around you is WASTED. It’s eye-opening. And hilarious.

Working at the club was a good thing because it broke me out of the shell I had been living in. I started to feel better. I started to make new friends & connect with old ones. I started to date again. I realized that I could still go out, have a few drinks & have fun with my friends without being self-destructive. I started to smile & laugh again…but this time, real smiles, not the fake-smiling-eventhough-I’m-sad-ones. Most importantly, on the nights when I wasn’t working at the bar I loved going home to my apartment alone, kicking my feet up and saying “I’m OK with this” because I was. I learned to sit still. I learned to be alone again and love it.

So, what is the point of all this? Lately, I’ve been going through a hard time emotionally. The circumstances are completely different & don’t worry – no one has died. Still, its been difficult. Looking back on this other era of my life I’ve realized this: sometimes shitty things happen. Very shitty things. But, sometimes its these really hard times that push us forward…push us to make changes…push us to get to know ourselves better…push us to face things that we fear. And, if history repeats itself (as I’m hoping it will), its these struggles that lead us to better things.

Can anyone else relate to this?