Home » Bringing the Sexy Back

Instead of writing myself a New Years letter like I did last year (which lead to me weeping while watching Teen Wolf on Dec 31st – a moment I’m not exactly dying to repeat) I’ve decided I’m just going to write about my intentions for 2011 whenever I feel inspired. So here is the first one:

BRING MORE OF THE SEXY BACK.

Up until about 6 years ago, I almost always went to bed in some kind of silky, cleavage bearing negligee. I never did this for the benifit of the guys I was seeing at the time. During this era of my life most of the guys who found their way into my bed were of the “get in and get out before the break of dawn” variety. I was dealing with sexual dine-and-dashers. There wasn’t much “sleep” involved and most of them were out the door before it got to the point where they saw what I wore as pajamas. I wore these things for me because I liked how they made me feel*

(*My friend dated a guy who she later discovered slept in the a silk negligee because he also “liked how it made him feel”. A DIFFERENT BLOG POST ALTOGETHER)

I loved the feeling of climbing under my big fluffy duvet, wearing something silky and pretty. Even if I was sleeping alone (which I usually was). I felt like some kind of sex-kitten-movie-star….like Bettie Page or like “Maggie” (Elizabeth Taylor) from Cat on a Hot Tin Roof. 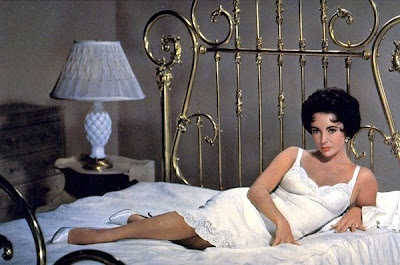 (Because lets face it, Maggie made sexual frustration and being married to a Gay guy look damn good.)

But, then a bunch of stuff happened. I graduated university. I suddenly had to face all kinds of grown-up stuff: crippling student debt, first jobs, chaotic work schedules, heart-breaking family problems, work, work, work, work. Somewhere amidst this period that I like to call my mid-twenties crisis, I lost sight of the sexy. I’m not really sure when or how it happened but, during that time in my life I was so focused on just trying to keep my head above water that I feel like I lost that part of me: the inner sex-kitten-movie-star that liked to sleep in negligees.

I gradually started to choose what I considered “comfort” over sexy. I went to bed in borrowed men’s T-shirts & boxers, a weird assortment of flannel pajamas and eventually, a nightie that was pink and covered in hearts. I purchased it at a grocery store while on a road trip (after I made the discovery that I had forgotten to bring my pajamas). The nightie might have been cute…if I was 5.

By the time life became less chaotic, the negligees had taken up permanent residency in the back of my lingerie drawer. I tried wearing them from time to time but, they never felt right. They felt like they belonged to some other girl which, in a way they did. They belonged to the girl I no longer felt like I was.

But, then a lot of things changed. I started this blog. I began to write about my experiences with sex and relationships. I began to experiment with sex again. I discovered a whole bunch of really amazing sex blogs like City Girl’s Blog, Toy with Me and Vibrations of a Vixen that inspired me to get back in touch with my playful inner sex-kitten. I got to know the intelligent, frank & often hilarious women behind some of these blogs and became inspired to write even more. I bought more toys. I bought more lingerie. I put on garters, thigh highs, 5 inch high heels and left them on while in bed. I re-discovered this part of me that I thought I’d lost.

But, even though my inner sex kitten was back, somehow the bad pajamas managed to slip under the radar. “Rock Bottom” happened this December when I woke up one morning and realized I was wearing a yellowed white tank top with a giant rip in the back & a pair of old gym shorts with an elastic waistband that was so far gone they barely stayed on my hips. I said to myself:

(Around this time I also came across some photos from my first trip to Miami in 1999 where I was wearing the shorts in question. Then I did the math: I’d had the shorts for a year before I wore them in Miami which means that the shorts were…OH GOD…TWELVE YEARS OLD. It was time to send these babies up to the great big clothing pile in the sky once and for all)

I truly believe that what you wear impacts how you feel. I don’t feel like a ripped yellowed tank top & saggy shorts so, why the hell was I wearing them? I’m satin and black lace and deep magenta and bows and ruffles.

It was time to get back to being me.

Luckily, this Christmas the universe conspired and brought me some new sleepwear.

{One from the man in my life, one from my Grandma & one from my Mom. Clearly, I’m not the only one who noticed the shorts.} 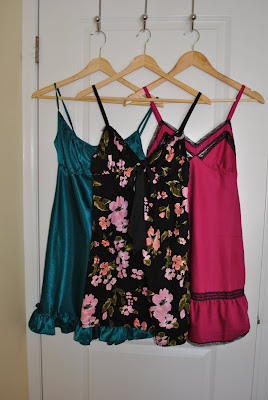 The awesome news about my new presents is that all of them are really comfortable AND flattering. Stretch satin and really forgiving cuts means that I can feel like a sleepy sex kitten without any unessessary chafing or pulling.

I know that sexy pajamas aren’t going to solve the world’s problems. But, I do feel pretty amazing wearing them. When I wake up in the morning, bleary eyed with giant 80’s hair band hair ( a warning to my future roomate at #BiSC – don’t be scared! ) – even if I feel like I crap and I know its going to be a hard day, I can squint into the mirror and say “hey, this get-up really makes my rack look good“. Sometimes, that’s enough to get you through. Which, I imagine is why Maggie wore her white slip and Bettie enjoyed her thigh-highs. Its all about feeling good. 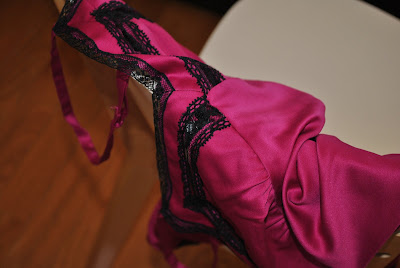 Bringing more of the sexy back for 2011 isn’t just about pijamas. It’s about making a deeper commitment to my inner sex kitten and telling her “Hey honey. I love you and let’s stay together” A promise to myself to not forget who I am. 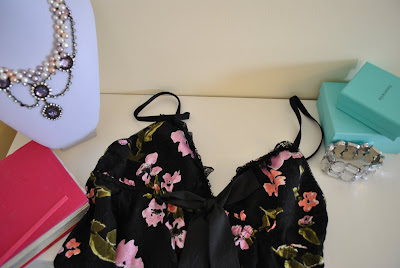 Everyone’s definition of “sexy” is different. I’m not suggesting that you all go out and buy negligees or thigh highs or vibrators (although all of those things are fun). All I am saying is that we all deserve to feel good about ourselves and feel sexy in whatever way we choose. None of us are yellowed tank-tops and saggy shorts.

So, on that note…I’m going to go slip into “something comfortable”. 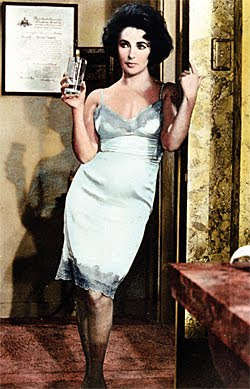 What do you guys think? What makes you feel sexy?