BF was gone for most of March

BF is gone for most of May.
BF will be gone part of July.
If you haven’t figured it out already, BF travels a lot for his job.
And…well…I have “needs”
(I know he does too but, we’re talking about ME right now)
Before he left on his most recent excursion we discussed the possibility of him buying me a new Sex Toy for when he’s not around. I have a few toys already but all of them are…broken. Yes, you heard right. When I told my friend about this she said, “That’s hilarious. Only YOU would break your Sex Toys“. It’s actually not as twisted and perverse as I make it sound. The reason they are broken isn’t from over-use. I SWEAR! “Veronica” my original purple vibrator, no longer works because the plastic cap that holds the batteries in became brittle and cracked in half. As for my other vibrating toy, something is wrong with the motor. It doesn’t vibrate like it used to and using it is about as exciting as riding a bike down a unevenly paved street (in other words: not very). I’m long overdue for a new toy.
I wanted BF and I to pick out something together but, with him working 12-16 hour days right up until he left for China, we never found the time to make this purchase. On the day of his departure, he came into our bedroom at 5am and said to a very groggy me:
“I’m sorry we didn’t buy your toy. I left you a stack of cash on the kitchen table. Use some of it to buy whatever you like”
“But, I thought you wanted to pick it out together?”
“No, buy what you like babe. I don’t want to meet the other guy!”
Sunday, I woke up and said to myself “TODAY IS THE DAY!” After a hearty breakfast at the Greek Diner, I headed down to Queen West and paid a visit to the nice people at Come as You Are.
I really like this store. The vibe inside is very laid back, welcoming & women friendly. The staff are really helpful and knowledgeable which is a huge bonus. Buying Sex Toys (especially if its been awhile or you’re totally new to the game) can be a bit overwhelming. There are a million different options in a million different colors. There are the vibes that look like distorted penises (weird angles, bulbous heads, WAY too many bulging veins for my liking). There are the vibes that look like cute animals (I understand that you might not want something that looks like a penis if you’re not into men but, a DOLPHIN. Really?! How is this a better option?). And then of course the ones with so many ribs & doohickies & tentacles that look more like some kind of sea creature than something I want to play with.
In the end, I chose THIS.
I was attracted to the streamlined Swedish design, the multiple speeds/functions and that it comes with a WARRANTY (because obviously I need one).
When I walked out of the store & looked down at the hot pink box (apparently I like to match my toys to my blog), my heart warmed when I noticed that it was named “Mona”. I knew that I had made the right choice. 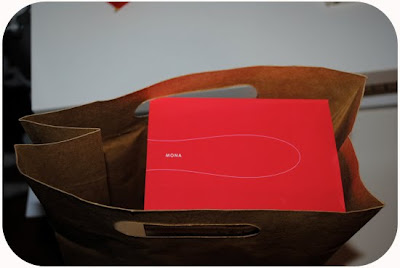 I won’t give you a play by play product review. I’ll leave that to awesome people like City Girl who already do fabulous sex toy reviews on their blogs. I will tell you one thing about this toy that made me giggle: There’s this one setting where the vibrations sound musical. It sounds like an auto-tune song playing between your legs. I’m not into T-pain but boy, I don’t mind this. And THAT is hopefully the last time I’ll ever use “T-Pain” and “between my legs” in the same paragraph.
Later that night I spoke to BF long-distance:
“I bought my toy and I think you’ll like her”
“Her?”
“Yeah, it comes with a name. Like a Cabbage Patch kid. And don’t worry, she doesn’t even really look like a penis”
“What do you mean?”
“No veins or balls”
(slightly defeated) “Well, I guess its a good thing we bought that bulk pack of batteries at Ikea before I left”
“Oh, she doesn’t use batteries. You plug her in to the wall and charge her like a phone”
“Should I even bother coming home?!”
Here is the thing guys:
You don’t need to be intimidated by toys. Sure there are some things that they do well but there are many others they don’t. A toy can’t replace the feeling of someone’s bare chest against yours, the sensation of skin against skin, the rush you get from a passionate kiss. A piece of plastic can’t surprise you in the bathroom and hoist you up onto the counter while it rips your clothes off. You need a real person for that. A toy is what it is: fun.
I read somewhere that the only power we have anymore in our society is the power to decide what we consume. This thought kind of depresses me. However, I have to say: when I walked out of that store, I did feel empowered. WHY? Because I bought something that was specifically for my own pleasure alone (although I think Mona will come out and play with BF and I at some point). Because I am fortunate enough to live in a society where I can openly buy objects like this. Because “Lady V” was totally disrespected during the Hand-Raping incident on Saturday night and now I am doing something nice for her. Because she deserves to be treated nice. Yours does too.
PS. I may have opened Pandora’s box (no pun intended) because now I also want THIS.
and possibly a couple of other goodies, like THIS that unfortunately is only available in the States. I’m not sure what upsets me more: that I won’t be able to buy that toy or that I won’t be able to have these Cynthia Vincent for Target wedges because Target also doesn’t ship to Canada. American companies, you are missing out on business!
Questions? Comments? Have I totally freaked you out?!